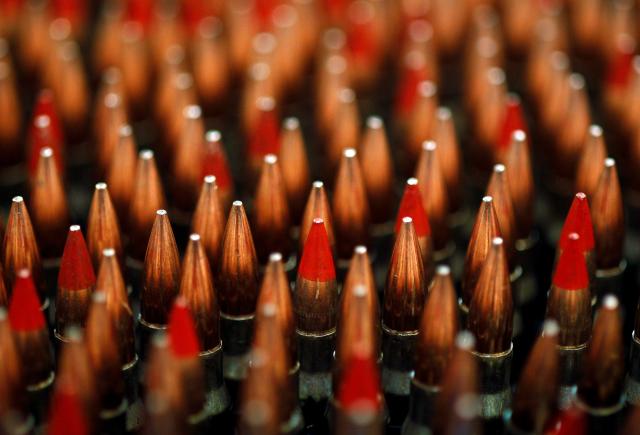 BRUSSELS (Reuters) – British plans for a swift inclusion in the European Union’s new flagship defense pact are being undermined by political turmoil in London and uncertainly over the terms of Britain’s exit from the bloc, EU diplomats say.

Prime Minister Theresa May called in February for a new security treaty with the EU from next year and the EU’s chief executive argued it was too important to risk getting subsumed in broader Brexit negotiations.

Five diplomats involved in security talks said the issues had now become interlinked, however, because of the level of scepticism voiced by many British politicians towards the draft EU withdrawal deal.

“It’s too sensitive to talk about security now when everything is up in the air in London. The issue of Britain’s involvement post-Brexit was already divisive for some EU countries,” said a senior EU official.

Britain, which is seeking a “deep and special partnership” with the EU in defense and security, initially hoped to agree in November a deal to take part in the EU’s defense pact and access financing from a planned 13 billion euro ($15 billion) EU weapons, technology and research fund.

That decision on Britain’s future participation as a third country has now been pushed to December at the earliest but is more likely next year, diplomats said.

Britain, along with France, is one of Europe’s biggest military powers and had hoped that security would be one of its biggest bargaining chips as it seeks a new relationship with the EU.

EU defense integration is gathering pace in the wake of Islamic attacks in Western Europe, alleged Russian meddling in European elections and concern about U.S. commitment to NATO under President Donald Trump.

Britain’s closest EU allies, led by the Netherlands and the Baltics, are pressing for a deal to allow British industry into lucrative EU military projects and tap into EU funds.

But others, including France and Italy, want non-EU countries’ involvement to be on a highly selective basis. Cyprus is also concerned about any potential Turkish involvement if the EU’s pact “Permanent Structure Cooperation”, or PESCO, agreed in December 2017, is open to non-EU countries.

Paris and Rome want to see Britain committing to the EU’s foreign and security policy in a political declaration on their future ties that forms a package with the EU withdrawal treaty, according to an internal EU note seen by Reuters.

Pro-Brexit lawmakers in Britain fear London will be bound to the EU in perpetuity under the divorce terms and are skeptical about committing to the bloc’s security. Particularly in defense, Britain long blocked EU cooperation and argued military matters should remain a matter for national governments.

Disagreements over Britain’s future place in EU security arrangements are “not something that would break the deal but it shows how tricky it all is. We’ll make sure the UK won’t get decision-making powers in our processes,” one EU diplomat said.

Britain also wants a role in the European Defense Agency, which helps EU governments to develop weapons and coordinates defense planning. It is giving up its role as host of one of the European Union’s five military “operational headquarters” because of its departure from the EU.

The 25 countries in the new EU defense pact unveiled a new series of projects on Monday that governments will develop together, including plans for an European armored infantry fighting vehicle, upgrades of attack helicopters and a joint EU intelligence school to train spies.