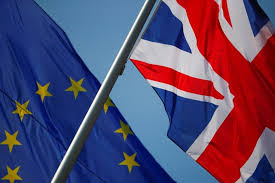 European Union and British flags flutter in front of a chancellery ahead of a visit of British Prime Minister Theresa May in Berlin, Germany, April 9, 2019. REUTERS/Hannibal Hanschke

LONDON (Reuters) – A majority of members of the European Research Group, a large eurosceptic faction in Britain’s ruling Conservative Party, will vote against Prime Minister Theresa May’s Brexit deal when it is brought back before parliament next month, a lawmaker said. Owen Paterson, a former minister, said he was concerned that her deal would […]