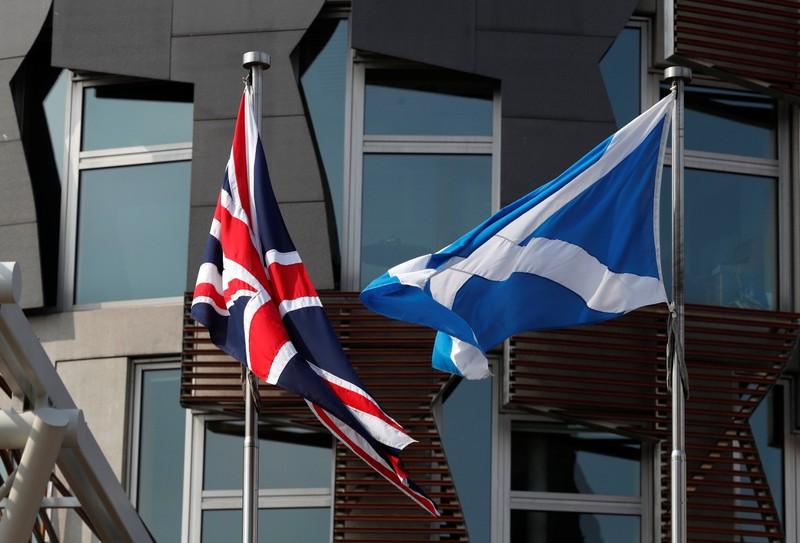 EDINBURGH (Reuters) – Support for Scottish independence from the United Kingdom has risen to its highest point in the past four years, largely driven by voters who want to remain in the European Union, according to a poll published on Saturday.

As the pro-independence Scottish National Party (SNP) meets for its two-day spring conference, the YouGov poll showed support for secession had risen to 49 percent from 45 percent at the last YouGov poll carried out for The Times in June 2018.

The SNP is preparing a new independence push after it was defeated in a 2014 referendum by concerns over the economy. Their proposal for an independent Scotland to continue using the pound in a currency union with Britain was perceived as a particular weakness.

On Saturday the SNP leadership proposed that if the country voted for independence it should use Britain’s pound until a Scottish currency meeting six economic tests could be introduced. Delegates rejected that in favor of a more pressing timeframe and formulation urging preparations to introduce a new currency “as soon as practicable after Independence Day,” preserving the six economic tests.

Scots rejected independence by 45-55 percent in a 2014 referendum. Then the United Kingdom voted to leave the European Union in a 2016 referendum, but among its four nations Scotland and Northern Ireland voted to stay, feeding political tension.

Britain is mired in political chaos and it is still unclear when or even if it will leave the EU.

YouGov also found that 53 percent of Scots thought there should not be another referendum on independence within the next five years. Scotland’s First Minister and SNP leader Nicola Sturgeon is pushing for one before 2021, when the current Scottish parliamentary terms ends.

The poll also showed voters moving away from both the Conservatives and the Labour Party north of the English border.

The Scottish Conservatives, part of Prime Minister Theresa May’s Conservative Party, are set to lose their only representative in the European Parliament in next month’s election as 40 percent of those who backed them two years ago switch to Nigel Farage’s Brexit Party.

“These patterns represent a clear warning to the Unionist camp that the pursuit of Brexit might yet produce a majority for independence,” Professor John Curtice, Britain’s leading polling expert, wrote in a column for The Times.