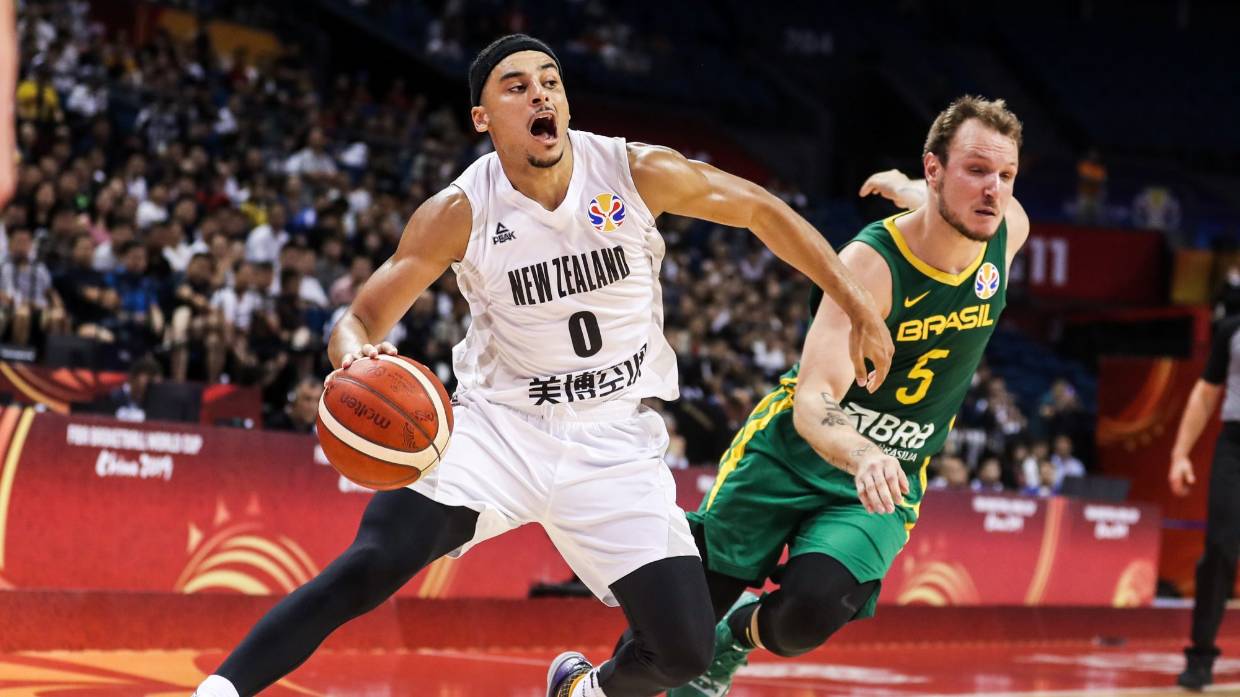 Tall Blacks guard Tai Webster (L), in action against Brazil at the 2019 basketball World Cup, is set to sign for the Breakers. PICTURE: STUFF SPORTS.

The Breakers are set to make their most significant signing of the NBL off-season with the addition of Tall Blacks point guard Tai Webster for the 2020-21 campaign.

It’s understood the Auckland-based Australian NBL club will confirm Webster’s signature at an announcement at club HQ on Wednesday – immediately springboarding the Kiwi outfit into title contention for the looming season.

The 25-year-old younger brother of star Breakers shooting guard Corey has played the entirety of his professional hoops in Europe since finishing up a stellar collegiate career at Nebraska in 2017.

The athletic New Zealander played his first year of pro basketball in Germany for the Frankfurt Skyliners and the last two in Turkey for the high-profile Galatasaray club.

Webster came through the Breakers academy system as a youngster and played as a development player on the 2012-13 team that won the third of the club’s three straight championships.

He had been expected to return to Europe for 2020-21, though the Covid-19 pandemic and uncertain state of things in Europe has likely forced him to rethink his plans in the short term.

He has been in New Zealand since prior to the lockdown and working out at the Breakers facility since activity resumed.