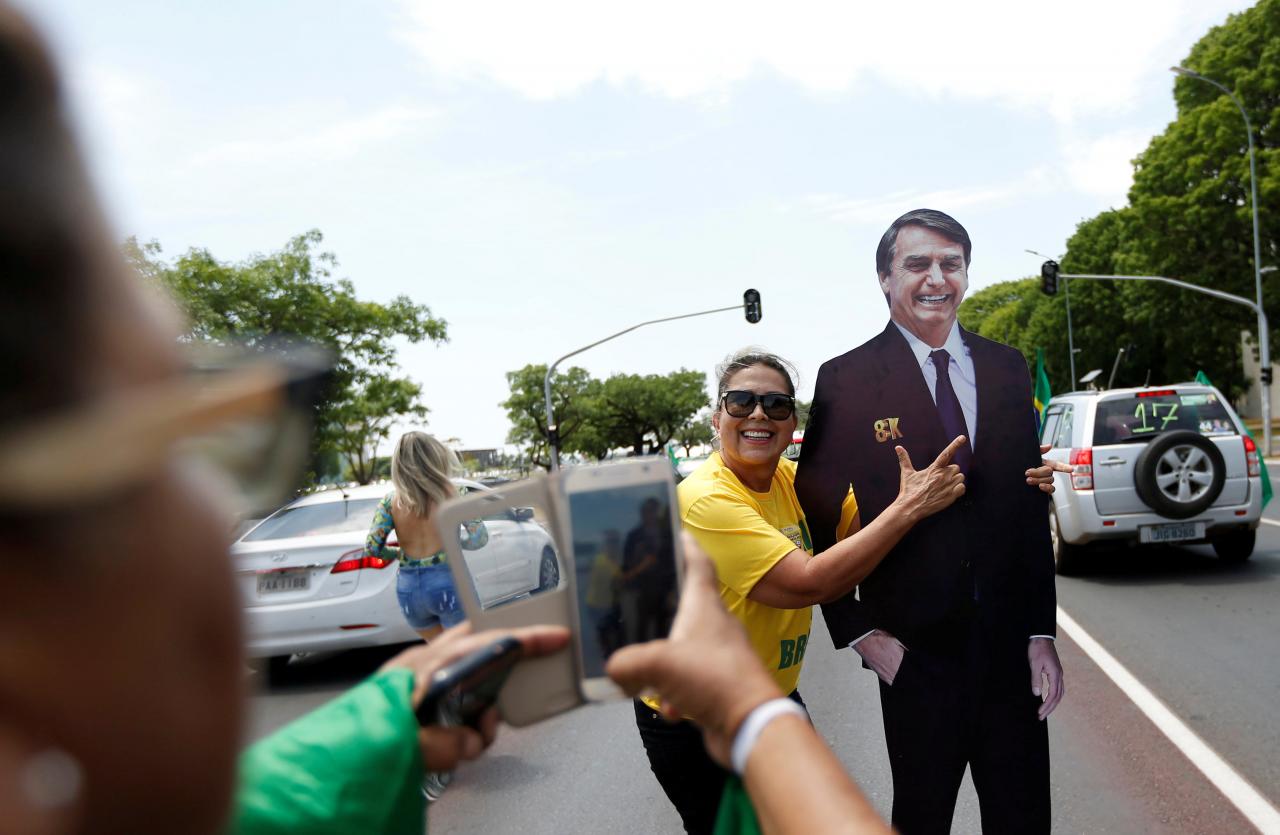 BRASILIA (Reuters) – Brazil’s far-right candidate Jair Bolsonaro has increased his lead over leftist Fernando Haddad on the eve of Sunday’s presidential election, but they are statistically tied in a likely second-round run-off on Oct. 28, two polls showed on Saturday.

Bolsonaro has risen four points to 36 percent of voter intentions, while Haddad dropped one point to 22 percent, the Ibope polling firm said in a poll aired on TV Globo.

The Datafolha firm had Bolsonaro up one point at 36 percent and Haddad unchanged at 22 percent.

Both surveys showed Bolsonaro ahead of Haddad but statistically tied in a run-off that is expected because no candidate appears to have a majority.