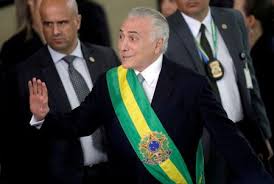 BRASILIA (Reuters) – A Brazilian appeals court voted on Tuesday to free former President Michel Temer, who was arrested last week for a second time under allegations that he was involved for decades in a corruption scheme. The majority of the court decided that Temer should leave jail, but he is forbidden to contact others […]