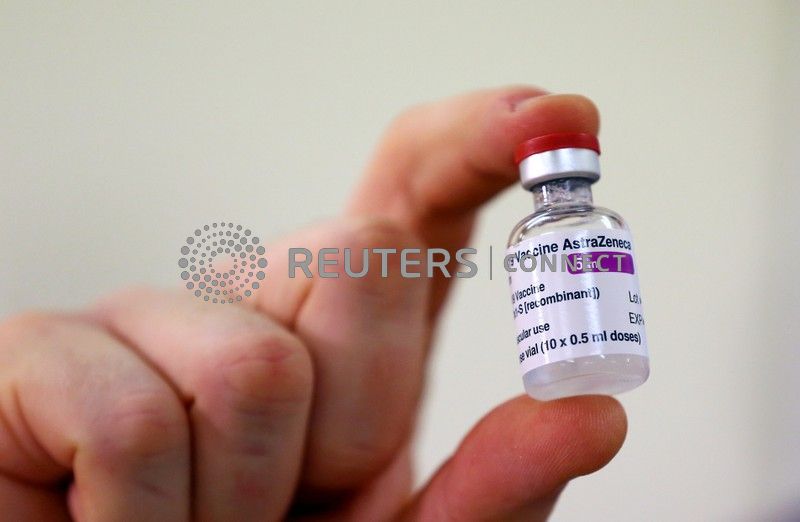 SAO PAULO (Reuters) – A Brazilian plane will fly to India on Wednesday to fetch the first 2 million doses of a COVID-19 vaccine purchased by the government’s Fiocruz biomedical institute, Brazil’s health minister said on Wednesday.

The vaccine was developed by AstraZeneca Plc in partnership with Oxford University.

Speaking in Manaus, an Amazonian city that has been hit hard by the pandemic, Health Minister Eduardo Pazuello said the documentation for bringing in the vaccines, manufactured by the Serum Institute of India, is ready.

Pazuello said the plane is expected to start the return trip on Jan. 16. The vaccine can be distributed only after federal health regulator Anvisa grants permission for its emergency use, he noted.

The Brazilian government is under pressure amid the slow pace of the country’s vaccine rollout. Inoculations have yet to begin in Latin America’s largest country and Anvisa not yet approved any vaccine for use.

While Pazuello stopped short of setting a date to start vaccinating people, he said Manaus will receive priority as the outbreak worsens there.

Brazil’s Anvisa scheduled a meeting for next Sunday to decide on the emergency use of the vaccine developed by AstraZeneca and Oxford as well as one by developed by China’s Sinovac Biotec.