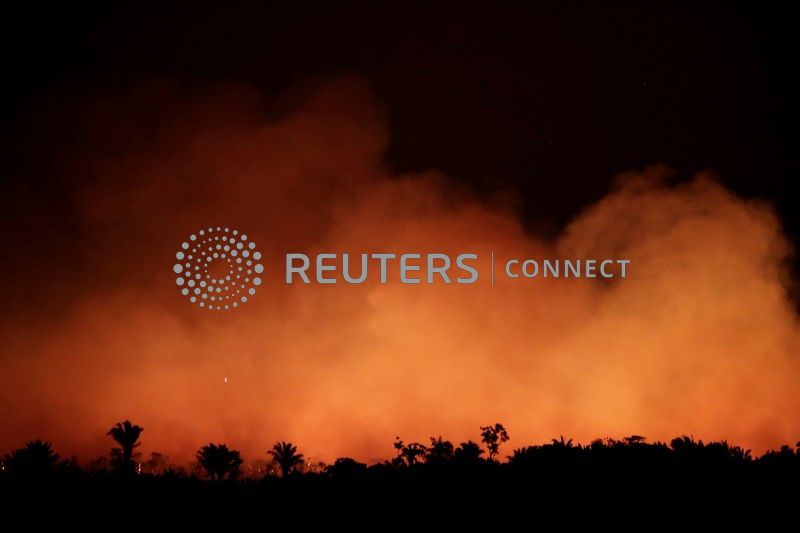 BRASILIA (Reuters) – Federal prosecutors in Brazil said on Thursday they will investigate a spike in deforestation and wildfires raging in the Amazon state of Pará to determine whether there has been reduced monitoring and enforcement of environmental protections.

The investigation announced by the prosecutors office in Pará follows a surge in fires and destruction of the Amazon rainforest that experts blame on reduced protection of the environment under right-wing President Jair Bolsonaro.