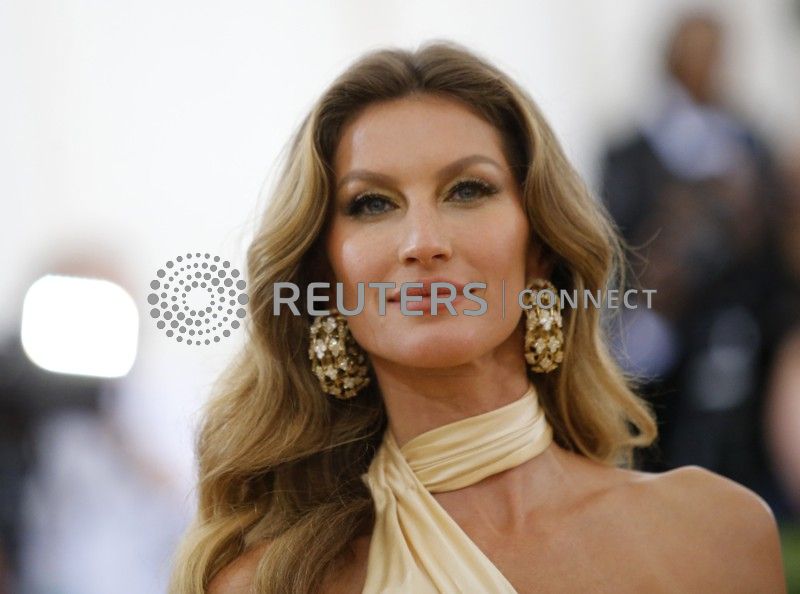 FILE PHOTO: Model Gisele Bundchen arrives at the Metropolitan Museum of Art Costume Institute Gala (Met Gala) to celebrate the opening of “Heavenly Bodies: Fashion and the Catholic Imagination” in the Manhattan borough of New York, U.S., May 7, 2018. REUTERS/Eduardo Munoz

BRASILIA (Reuters) – Brazil’s agriculture minister on Monday criticized supermodel Gisele Bundchen for saying Brazil is a deforester and said she will invite the supermodel to be an ambassador for the country’s efforts to supply the world with food while preserving nature.

Minister Tereza Cristina Dias said on Twitter that Bundchen would receive the invitation soon, after striking out at her in a radio interview.

“Sorry, Gisele Bundchen, you should be our ambassador, to say that your country preserves, that your country is on the global vanguard of preservation, and don’t come here saying bad things about Brazil without knowledge of the facts,” Dias told Sao Paulo’s Jovem Pan radio station earlier on Monday.

Press representatives for Bundchen did not immediately respond to request for comment.

Recruiting the supermodel as a spokeswoman for sustainability would be a major public relations coup for the government of right-wing President Jair Bolsonaro, which took power Jan. 1, by bringing onboard a critic of his predecessor’s moves to loosen environmental protections.

Bundchen, who is married to U.S. football star Tom Brady, twice squared off with former President Michel Temer on social media over policies to shrink or eliminate protected areas of the Amazon. Temer ultimately reversed himself in both cases, responding directly to her by Twitter in one instance after vetoing rules that would have reduced the size of the Jamanxim national forest in Brazil’s Amazon rainforest.

Environmentalists have blasted the new Bolsonaro government, warning that it may broadly roll back environmental protections.

Bolsonaro has said he wants to end an “industry” of environmental fines, which activists say is a major tool for ensuring rules are followed. He has also suggested Brazil could exit the Paris Agreement on climate change.

Dias’ tweet followed on the radio interview in which she cited government statistics that Brazil has preserved roughly two-thirds of its native vegetation as evidence of the country’s accomplishments in conservation.