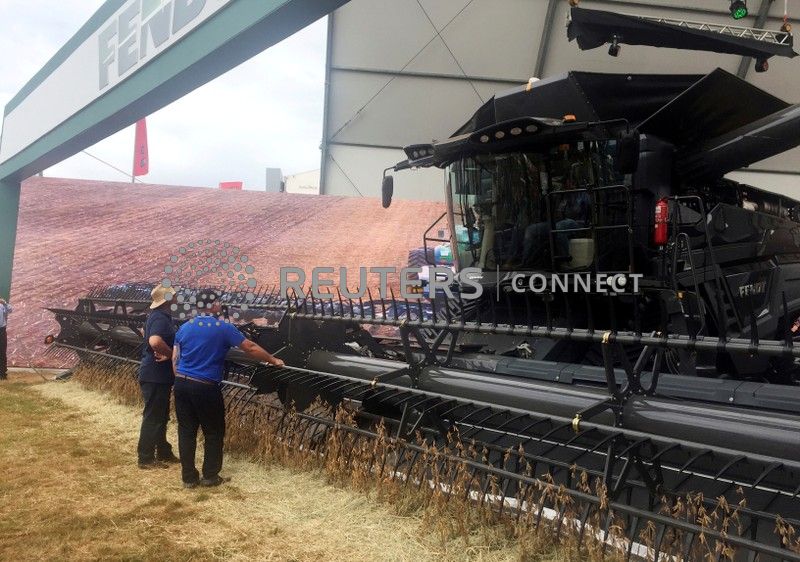 SAO PAULO (Reuters) – Brazil’s lack of reliable internet accessibility in rural areas is an increasingly critical problem for its farmers, as more agricultural equipment arriving on the market is built to be updated online to work at full capacity.

Brazil’s agriculture has grown at a quick pace in the last decade, putting the country at the forefront of global food production. But infrastructure bottlenecks remain – including internet coverage.

Less than 10% of Brazilian farms have internet, according to an estimate from Tim Participações, the local arm of Telecom Italia Spa. As a comparison, over 70 percent of U.S. farmers have access to broadband internet, said a 2017 report from the U.S. Agriculture Department.

“This is a structural issue that we have in Brazil that we need to solve,” said Christian Gonzalez, vice president, South America, for Case IH, the agricultural machines division of CNH Industrial NV.

He pointed out that modern equipment such as harvesters and planters can be adjusted real-time while operating – making them more efficient.

U.S. equipment maker John Deere was one of the first to try and address this problem last year when it teamed up with telecom provider Tropico to provide a rural internet service in Brazil, offering to install LET antennas on farms to provide internet connectivity to machines and vehicles.

Other companies are trying the same approach, including Brazilian telecom companies Oi and Tim.

“The farmer wants to use apps in the field, he wants to send a video to his agronomist when he sees a potential problem … they want to be online,” Marques said.

Tim’s rival Oi closed a deal to provide internet to one of the farms managed by soybean producer and trader AMaggi. It will bring internet to the 87,000-hectare Tucanaré farm in Mato Grosso state.