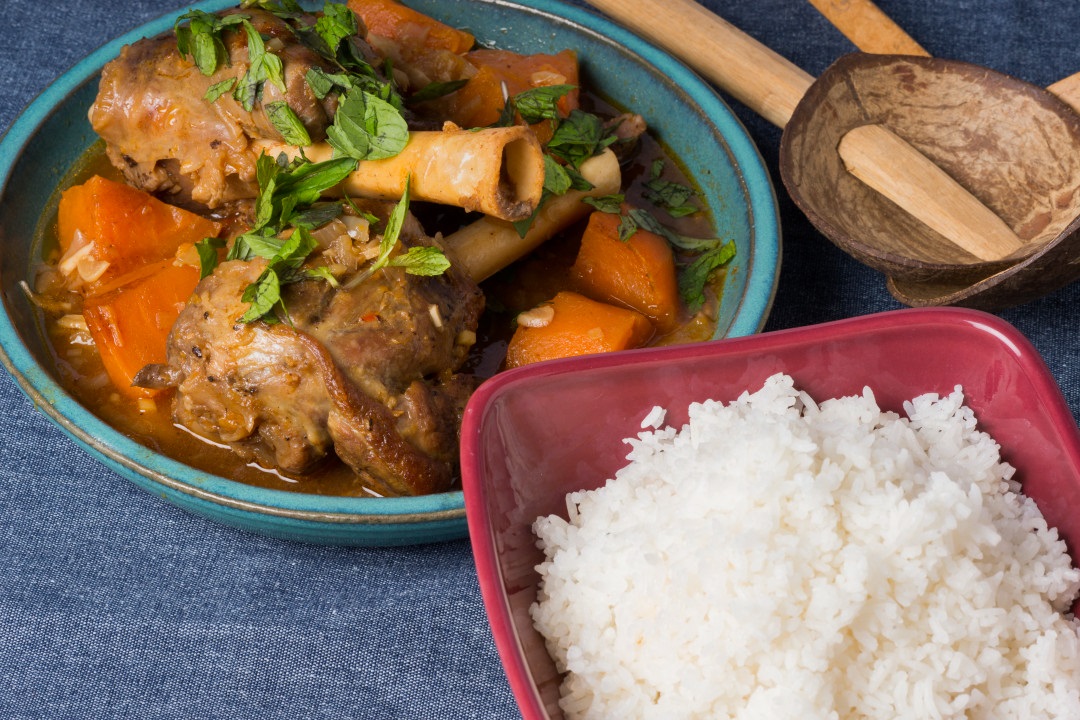 With the next round of government assistance in the hands of more than 200,000 Fijians, supermarkets have seen a run on groceries as people re-stock the house.

Chicken is no doubt the most affordable but many butchers are also selling goat and lamb on the bone.

Although a little more difficult to cook than poultry, these primal cuts of meats are perfect for braising or pressure cooking as the tough, muscled meat require much longer cooking times.

Slow cooking techniques help the meat fall off the bone and allows the vegetables in the same pot to soak up flavours of the bones and juices.

Typically, it’s the tougher cuts of meat that benefit most from braising, and lamb shanks are one of my favourites.

The legs of animals are the hardest-working muscles on the animal’s body and need to cook for many hours over low heat, or pressure cooked in order for all the tough muscle and collagen to break down.

The beauty of braising though, is that the dish, once it’s in the oven or on the stovetop, needs little attention.

You just have to make sure you have enough liquid and that it is bubbling away slowly.

As an additional bonus, the meat on the shank surrounds a marrowbone, which adds deep flavour and body to your braising liquid while the meat cooks. 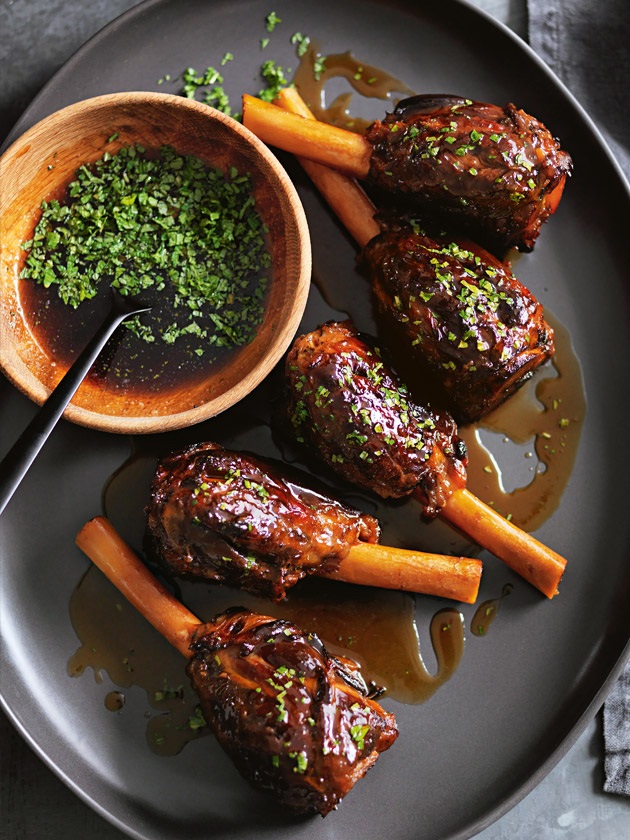 Lamb shanks are perfect for the Fijian kitchen because they suit our way of slow cooking like the lovo and curries. Lamb shanks may not be as versatile as other cuts of lamb, but what it lacks in versatility, it makes up in flavour. Needing little preparation, they’re best slow-cooked over several hours, so that the meat falls off the bone. If someone asked you what part of the lamb the shank comes from, you’d probably guess right: It’s the lower part of the leg, from the knee down. Unlike lamb curry pieces, shanks are best cooked and served whole. They look great on the plate and there is something prehistoric about eating meat off the bone. The muscly meat also peels away nicely when cooked whole, keeping the connective tissues in tact for a more textural experience. 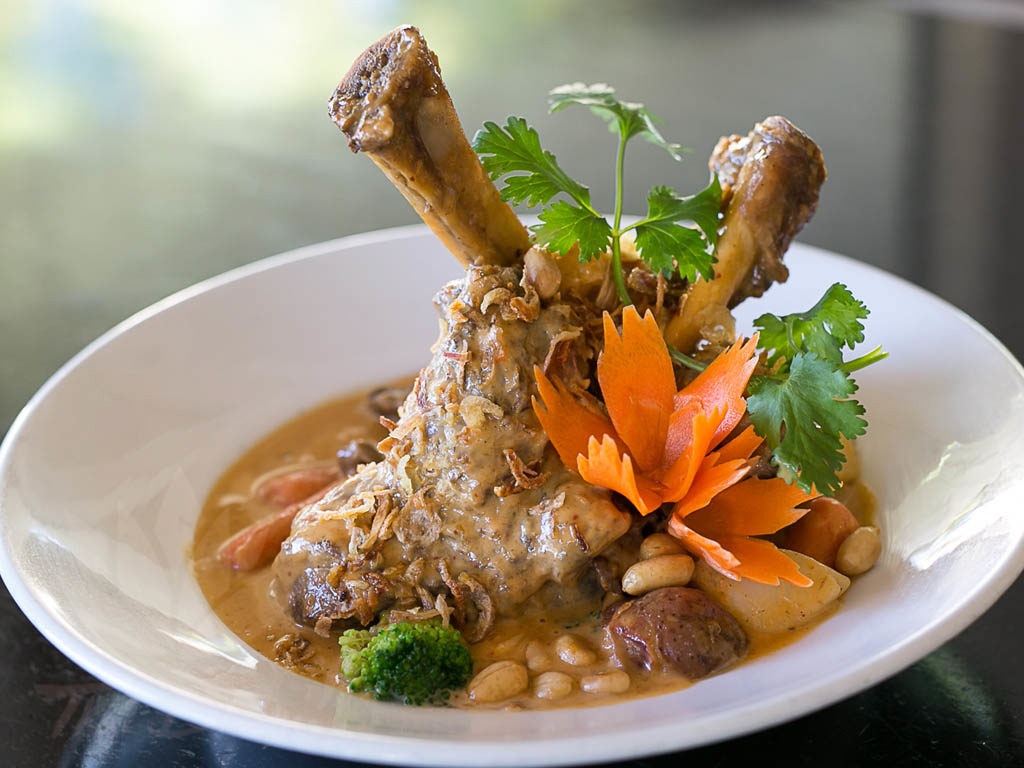 Hidden flavours in the bone

With other cuts of lamb, you have some choices. You can grill them, you can braise them, and you can mince them up and make burgers. With shanks, there is basically no choice. You can either cook them for many hours, or you’ll break your teeth trying the get the meat off the bone. The same tough connective tissue that makes shanks an impossible part of the animal to sauté, makes them ideal for braising. First you brown them, and then you stick them in a pot with some liquid. Over the course of two hours, the rubbery, pale gristle slowly softens and grows transparent, giving up its prized collagen. By three hours, it has turned to soft, velvety gelatin, coating the threads of succulent muscle and flavoured by the crisp, melting exterior fat. Hmmm. Once you understand the basic techniques of braising lamb shanks you can change the recipes to suit our local palate. 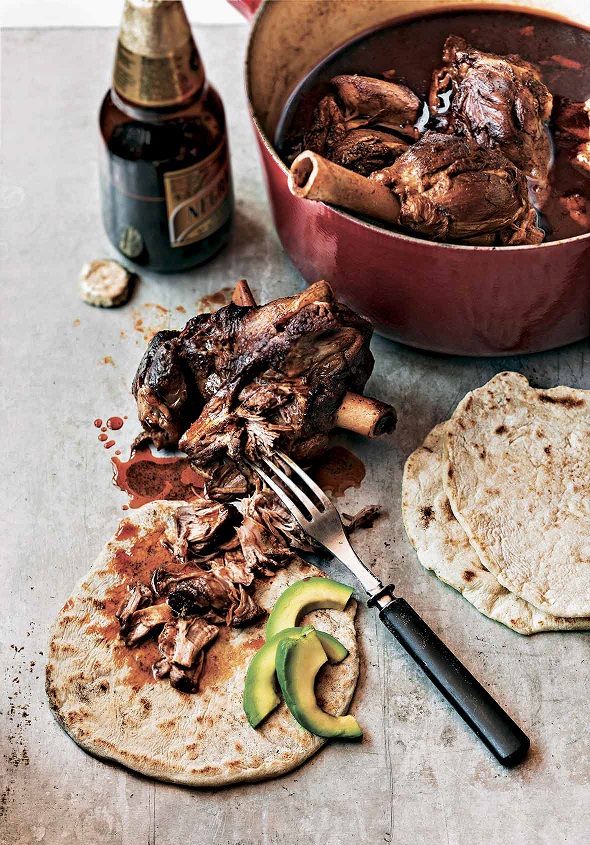 Tender meat falling off the bone is the beauty of shanks. Picture: LANCE SEETO

Shanks are perfect for lovo as the earth-oven is designed to bake and steam at the same time, allowing hot moisture to help soften the lamb’s tough tissue. The secret to cooking lovo lamb shanks is to first tavu, or sear, the meat over charcoal for colour and flavour. You then wrap the lamb in leaves, season with salt and pepper, and then grate fresh coconut inside the parcel with a generous amount of lemon juice, onions and chopped tomato. These ingredients add a familiar Pacific Island flavour and moisture to the shanks. Serve with coconut miti and cassava, and you will have turned your village lovo into a gourmet restaurant. 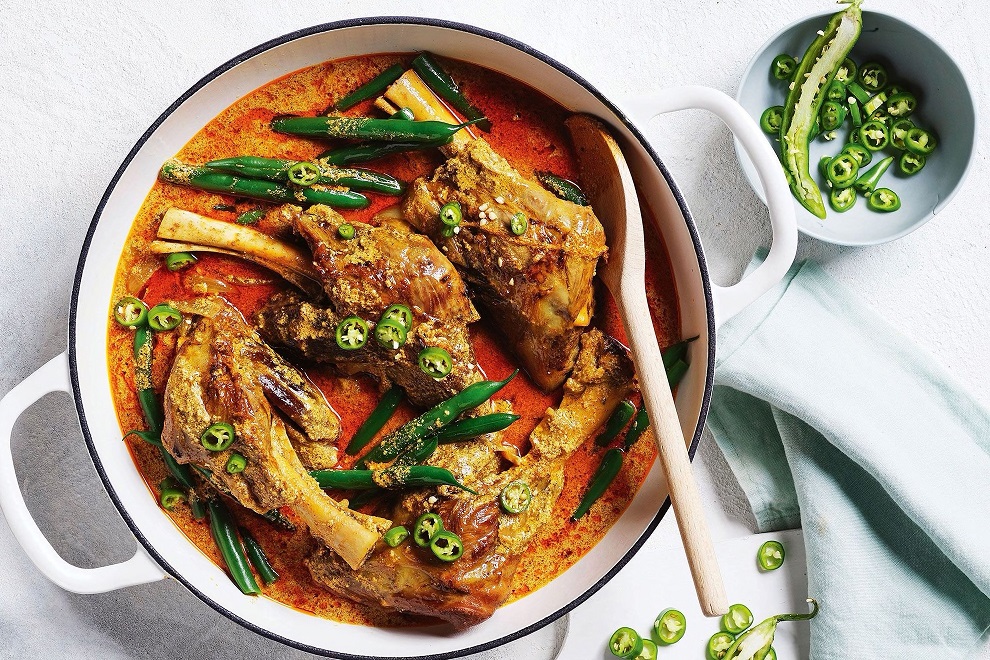 Transform your next lamb curry with shanks. Picture: LANCE SEETO

If you have never tried whole lamb shanks in curry you are missing out on another wondrous way to enjoy this cut of meat. Whilst lamb curry pieces remain the choice for most households, the meaty shank can transform a curry dish into something very special. The method for braising is the same as a Western recipe except the liquid, instead of it being wine, is an aromatic curry sauce made from tempered spices, acidic tomatoes and yoghurt to help break down the connective tissues. I like to rub my Indian-style lamb shanks with toasted cumin, black pepper and salt first. You can marinate the lamb overnight to allow the seasoning to penetrate. When ready, make your favourite masala sauce but ensure it is very saucy as there must be enough liquid to simmer over a few hours. You then sear the lamb in a hot pan, transfer them to a baking dish or deep wide pot and pour over the sauce, making sure most of the meat is submerged during the braise. 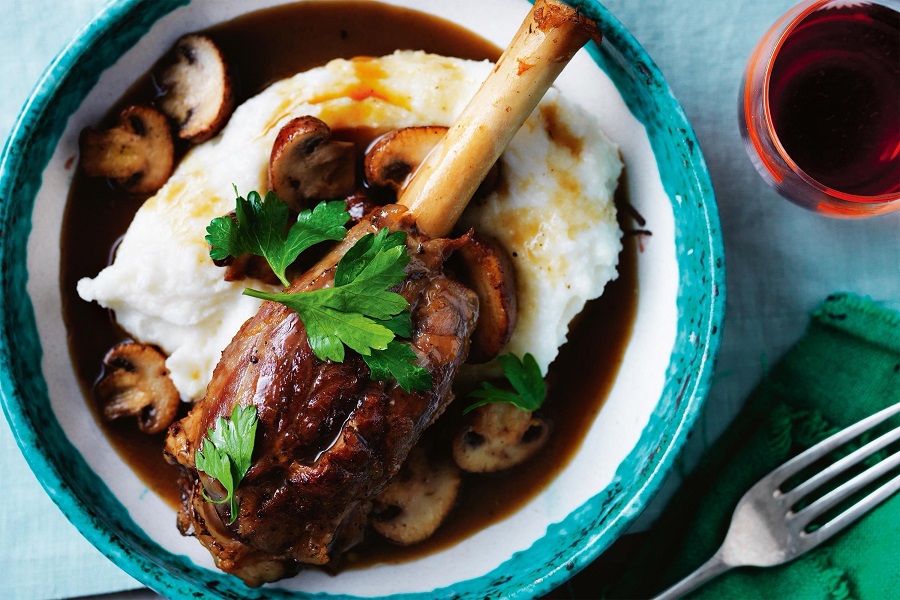 The flavour combination for a popular Vietnamese beef stew called bo kho includes tomato, star anise, lemongrass and ginger. It’s tangy, spicy, and savoury with a wonderful fragrance brought from a combination of Vietnamese, Chinese, and French ingredients and techniques. Although traditionally made with chunks of beef, the recipe is easily adapted for shanks. The lamb is first seared and caramelized with an aromatic marinade of crushed lemongrass, fish sauce, Chinese five-spice powder, ginger and brown sugar which will fi ll the kitchen with the delectable aromas of its South East Asian origins. You then add tomatoes, seasoning and water and wait for the magic of braising to happen. Once you understand the basic technique of braising, there are endless possibilities to turn lamb shanks into a popular night at home. And there may be good health and anti-aging reasons for enjoying lamb shanks. For centuries, Chinese women have viewed collagen as a “Fountain of Youth”, routinely consuming foods like donkey skin in hopes of smoothing withered skin and preserving aging joints. We don’t have donkeys in Fiji but the collagen-endowed lamb shanks may just satisfy those in search of everlasting youth.