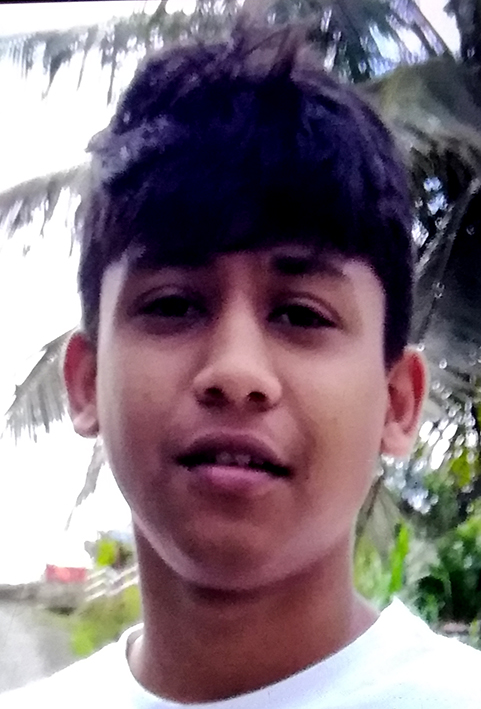 A TERRIFIED Nishal Roy stood helplessly at Nasilai Beach in Nakelo, Tailevu, on Sunday and watched as his younger brother was swept away by huge waves.

It is a day he will never forget.

Rayshal Roy’s body was found the next day on the beach by a villager taking an early morning walk.

In an interview at their family home in Nakasi, Nausori yesterday, Nishal, 17, said he was devastated by the death of his 15-year-old brother.

“We were having fun while swimming at the beach and then I felt he was trying to pull my hands because of the strong waves,” he said.

“So I started swimming to the shore because the currents were strong and I couldn’t do anything to save him. “I was terrified to get back into the water.”

Nishal said he ran to seek help at the nearby Vadrai Village and came across a group of men who were in church.

“The village men came and assisted us in trying to find my brother before the police arrived.

“We couldn’t locate him. I never thought that would be our last time together.”

His mother, Archana Devi, said a part of her died with the tragedy.

“Rayshal was a caring person and it’s hard to accept that his life had to end at such an innocent age,” she said

“He excelled in school and was loved by everyone around him.”

Villager Atu Tomasi said he found the body while walking along the beach around 6am yesterday.

“It was a terrifying experience because I had never seen anything like this before,” he said.