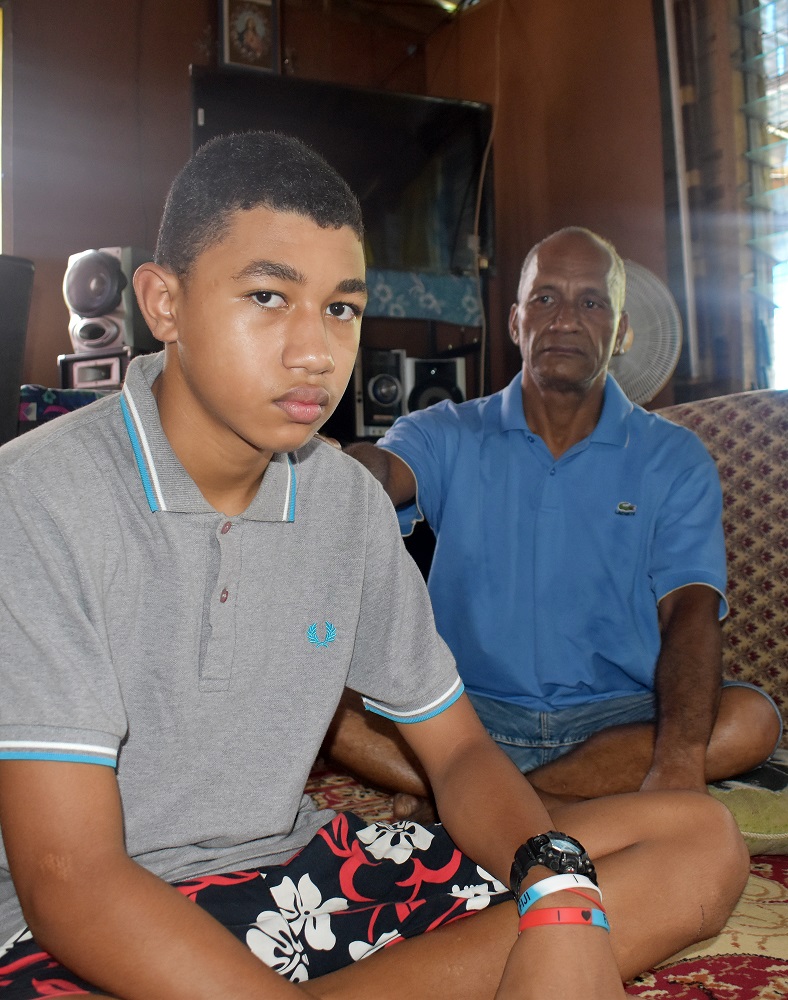 A 14-YEAR-OLD high school student is not returning to a prominent Tailevu all-boys institution because of an alleged bullying incident that landed him in hospital.

His grandfather and namesake, Vuniwaqa Lesikiiraki, claimed he had lodged a police report and called on authorities to investigate the incident. “I don’t know why they did this to him, I feel so sorry for my grandson,” he said.

With school beginning today, Mr Lesikiiraki said he was unsure which school would accept his grandson.

“I am so worried, the schools in Suva that we went to are all full.”

Vuniwaqa claimed that bullying was a common occurrence at the school.

He said in the latest attack, he was hit on the back with a stick by a senior student while using the washroom late at night.

He said he couldn’t remember much after that but woke up on a bed at the Korovou Hospital.

Mr Lesikiiraki claimed someone from the school called them to inform them that Vuniwaqa was in hospital.

“We went to see him at Korovou and then he was transferred to the CWM Hospital that same day.”

The school principal told this newspaper last week he was unaware of the incident. Vuniwaqa also claimed that senior students in the school sometimes demanded lunch and would beat him up if he did not comply.

“I am afraid to go back to that school,” he said during an interview early last week.

“I know it’s a boys school and we are all boys, but I don’t know why I am always the targeted one.”

Mr Lesikiiraki said he came out and shared their story to avoid the same happening to another student.

“I don’t want the same thing that happened to the student from the Western Division to happen to my grandson. I love him so much and cannot lose him.”

Questions sent to police and the Ministry of Education last week remain unanswered.