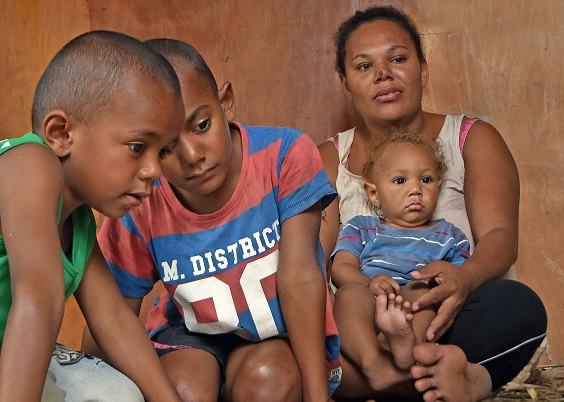 Her nephew, Josefa Tuiqilai, 13, allegedly drowned in the Wainibokasi River near Savukere in Tailevu on Friday.

Mrs Koro said her nephew had lost his mother to cervical cancer five years ago and since then life had been a struggle for the Natogadravu lad of Tailevu.

“He was swimming with my children while I was diving for freshwater mussels. Then one of my children called out to me after he noticed Josefa drifting into deep waters,” the mother of seven recalled.

“I saw him holding on to a bamboo while trying to gasp for air and then I started screaming for help. That’s when one of our relatives nearby came to our rescue, but it was late, we had lost him.”

Mrs Koro said villagers then came to their aid.

They managed to locate Josefa’s body about 3pm, a few metres away from where he allegedly drowned.

“I miss him so much and it has been hard for us after his mother’s death and now we had to lose him in such a way.

“He (Josefa) was a very quiet and soft-spoken boy who hardly shared what was going through his mind. But he loved to talk about his late mother and he wanted to become a vet in the future.”

She said a post-mortem examination would be conducted to ascertain the cause of his death.

The drowning toll stands at 18 compared with 21 for the same period last year.