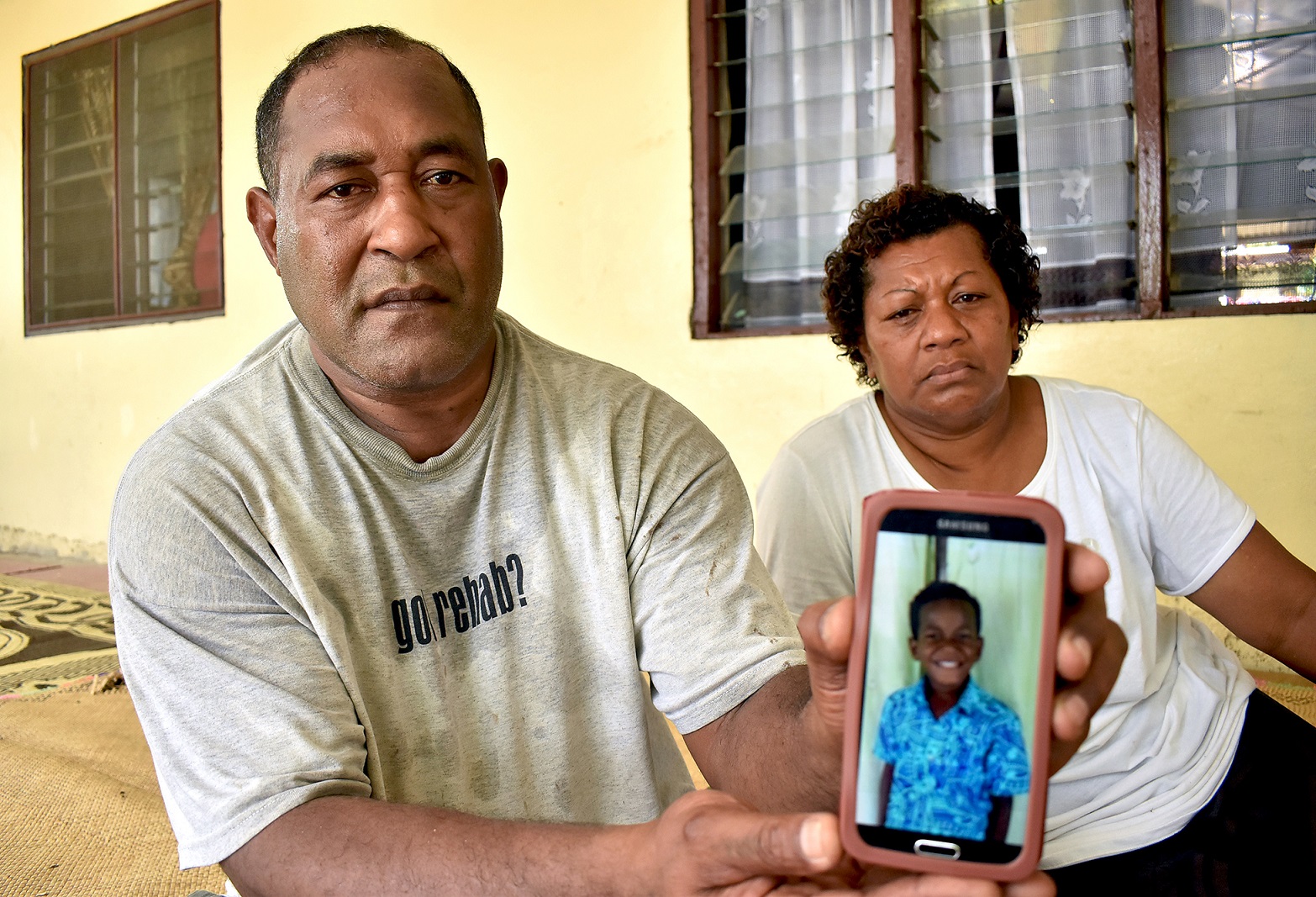 Aisea Turuva with his wife Joana Turuva with a picture of their son Ratu Kini Vosailagi Turuva at Nakavu village in Nadi. Picture: BALJEET SINGH

JOANA Turuva had plans to visit her extended family in Nadroga during Christmas.

The mother of four will instead spend the holidays laying her youngest child, Ratu Kini Vosailagi Turuva, 10, to rest after he allegedly drowned in the Nadi River on Saturday morning.

She said her “talkative” son was excited about their Christmas plans.

“He kept asking me when we were going,” the grieving mother shared.

Her husband, Aisea Turuva, 50, said they had both left for work on Saturday morning, leaving their two youngest children at home.

“My wife works at Hilton and that morning, I remember we left at about 7am and before I left, I told him I was going to work and said goodbye to them,” he said.

About 11am, Ratu Kini’s father received a call from his younger brother that Ratu Kini had drowned.

“I called my wife and asked to speak to her and relayed the news to her.

“I asked to go home from work. I later got a call from my sister who told me that they found the body and when they tried to revive him, water and blood came out.”

He said they wished to have the funeral on Christmas Day. Police spokeswoman Ana Naisoro said the victim was diving for fresh water mussels near Nakavu Village in Nadi with another boy aged 12.

“While the two were diving, the 12-year-old started shouting for help whereby a 40-year-old farmer, who was nearby, managed to pull the victim to the riverbank,” she said.

“Attempts to revive him were unsuccessful and he was pronounced dead at the Nadi Hospital.”

The present drowning toll stands at 42 compared with 26 for the same period last year.