Boxing thriller in Suva; Hill returns to the ring with ‘homecoming’ bonanza 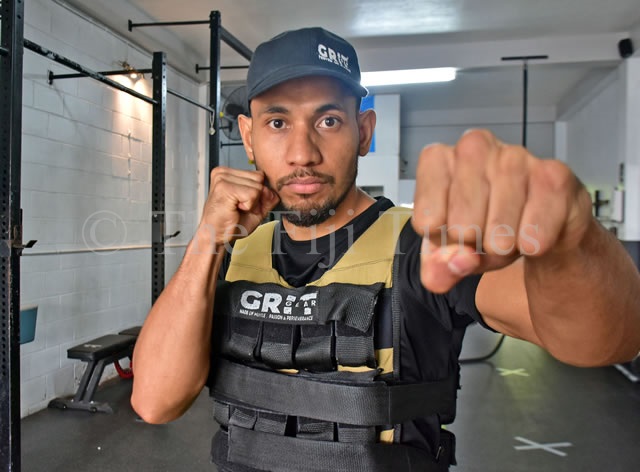 Fijian boxing fans can now look forward to an exciting and entertaining boxing event next month in Suva.

Thanks to newly-formed Lewis-Hill Boxing Promotions, the Premier Corporate Boxing Event is scheduled for Saturday, September 24 at the Fiji Sports Council’s FMF Gymnasium at Laucala Bay in the Capital City.

The event named ‘Homecoming’ will feature amateur and professional boxers.

The program is co-promoted by 2016 Olympian and 2018 Commonwealth Games bronze medallist Winston Hill.

He said they were excited to provide young boxers of high calibre a platform that will hone their boxing skills.

“It will be an exciting event for everybody including us, to put on a show for boxing fans locally and internationally,” said Hill.

“We will have six amateur bouts featuring the best boxers in Fiji. We are hoping to have the two boxers who had just returned from the 2022 Commonwealth Games, Jone Davule and Elia Rokobuli.

“We are communicating with the Solomon Islands to have two of their boxers at the event.

“We hope to get a good crowd on the day as we will rope in the upcoming fighters in Fiji.”

Boxing Commission of Fiji chairperson Subhash Appanna said the event would attract a lot of people.

“With the types of boxing events that we have had in the past, boxers showed interest then it gradually faded after a while,” he said.

“If we have a lot of events like this in the future, I am sure the interest will be through the roof and we will have many more boxers putting their hand up to fight. This Po-Am event will provide a pathway for amateur boxers to slowly transition into professional boxers.”

Hill will make his debut as a professional boxer going up against Ratu Rakuro Daunivanua in the super welterweight division.

Joseph Kwadjo will face Apisai Naciqa in the cruiser weight division that will also serve as the main bout and the program includes locally renowned boxers such as Junior Farzan Ali and Gabrielli Ravalawa.