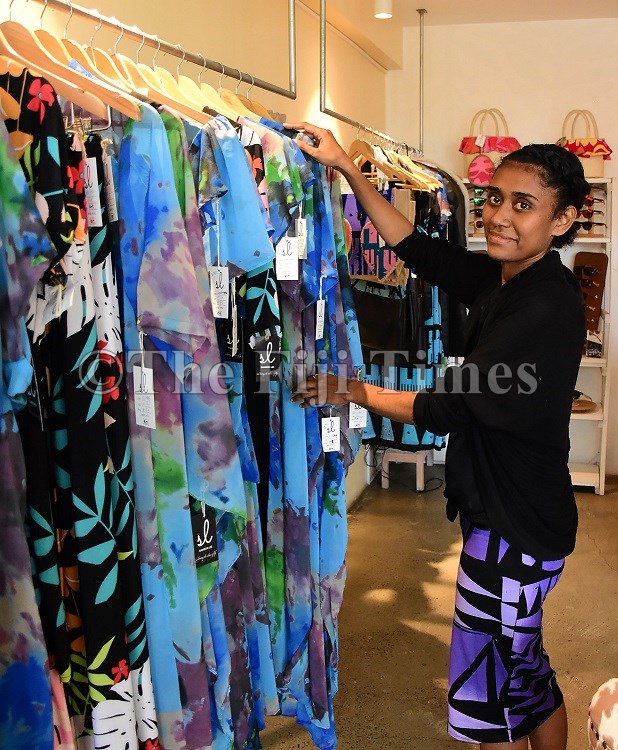 WITH most small and medium enterprises facing a challenge operating during the coronavirus pandemic, one local boutique has seen an increase in interest through its social media platforms.

Samson Lee Fiji boutique which had revamped their outlet in Suva has shifted its focus to becoming more innovative with their creations.

According to the designer and director of the boutique, Samson Lee, subsidy and rent reduction had helped the business to cope in these trying times.

“I think with the church they gave me like a 50 per cent rent and subsidising and all that it was OK for us for the next two months so I wanted to gauge how everything was going,” he said.

“I had actually bought all the fixtures earlier in the year so I just got a few friends and within a day or two we kind of just put all this together.

“I thought of something fresh and something new and I have been here for about like two years and I just wanted to revamp,” he said.

However according to Mr Lee he claimed he was one of the two local boutiques in Suva which had not closed down their shops.

“For SMEs it’s myself and Zuber Fiji, those are the two boutiques, because 8 Mountains is closed, Micheal Musio is closed.”

He claimed business was not good before COVID-19 and these businesses decided to close and just market themselves online.

“And I think for us it’s just to get our creative juices all sorted out and keep going and focusing on making on sales.

“For me most of my sales are online, so I go really hard out with my social media cause I feel like that’s the way to go now. “People are not going out as much, they are probably just scared so they shop online,” he said.

Mr Lee said there was a delay in getting the collection out to the international customers however deliveries were slowly picking up and hoped operations would start to normalise soon.

“We have actually sent out the stuff to Australia and New Zealand and I think the US we just had it sold. “My clients are elderly ladies who are more established, more conservative and those kind of women have good jobs.

“And those are the women who can afford my clothes and I feel like their pockets are not affected.”

Normally he said his garments were priced around $300 and more however right now he was providing a new collection which was more affordable.

Mr Lee had launched the Marau collection which sold out within a week. He added his online presence had garnered a lot of attention and interests from clientele increasing up to a thousand views on Instagram and Facebook.

Mr Lee hoped rent was subsidised for a few months even after operations normalise as most SMEs needed time to cope “The collection that I released was going to gauge whether I would open still or not because I was at a point where I was actually going to go online. “I wasn’t sure, and surprisingly we actually still sold a lot of our stuff and just like before a majority of our clients were online clients which was our regular clients. “That’s why I just kept on going and with Mother’s Day coming up, I’m just trying to be innovative and create new things, there is a lot local designer out there but unfortunately have closed down.”