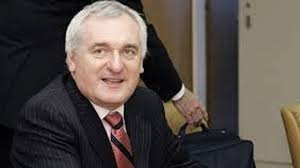 BUKA, 03 JULY 2019 (POST COURIER) – The Bougainville Referendum Commission(BRC) has written to the PNG and the Bougainville governments asking for a six-week extension beyond the agreed October 12 referendum polling date.

The BRC presented its proposed extension letter to both governments during the ministerial post referendum taskforce meeting in Port Moresby last week.

Ahern is due in Port Moresby this week for the ongoing awareness and referendum meetings which would also address these challenges and last night the Post-Courier was told in a joint statement detailing the reasons the request would be issued.

Bougainville Affairs Minister Sir Puka Temu was due to present his nation address on Bougainville in Parliament Tuesday but would do so tomorrow, (Thursday), and he may address the concerns, including the request by the BRC.

The National Coordination Office of Bougainville Affairs (NCOBA) boss John Anuma was contacted but has advised that an official statement will be released by the Minister Sir Puka on the latter.

But the Post-Courier was told last night that although the decision was pending a final statement from the Autonomous Bougainville Government (ABG) it was singled out that the possible extension would not affect the timeline of the agreed date under the Bougainville Peace Agreement, which must be achieved by June 2020.

Last week, Sir Puka in his continuation debate on Bougainville in Parliament said there were several challenges facing the BRC, national and ABG governments which included the priority, and that was that the referendum must be delivered, the second most part of the referendum was the definition of the two options that Bougainvilleans will vote on, third was the referendum electoral roll of which dates have already been given and fourth was the factions operating within Bougainville, managing and implementing the referendum outcome and finally the post referendum issue.

“August 16 is when the writs will be issued, October 12 is when the voting will take place,” Sir Puka said.

“At the moment we have been discussing with the BRC as to their preparedness on these two dates and there are some concerns given at this stage, particularly the progress of the referendum electoral roll, so we are assessing this at this stage.”

Meanwhile, the Autonomous Bougainville Government is securing the services of an independent expert to advise on the calculation of the restoration and development grant with the pathway for post referendum dialogue set against key operational indicators.

Bougainville Chief Secretary Joseph Nobetau said that that this will also work towards a successful national reconciliation ceremony, validation of weapons disposals and the continued review of powers that are available to be drawn down, particularly in important revenue raising areas such as fisheries.

“On the referendum and peace building, we continue to make strong progress,” he said.

“The Joint Supervisory Body meeting in March was a great success and the preparation for the August one is already under way.

“The referendum date was confirmed. The pathway for post referendum dialogue has been set and we have made headway against key operational indicators.

“With our international partners we continue to support the Bougainville Referendum Commission, and arrangements for the conduct of the referendum are slowly falling into place.

“Awareness continues at pace, with joint key messages signed off by the national government Chief Secretary and myself, a new edition of the Bougainville Bulletin is about to be released, and we continue to explore how we can harness technology further.

“These are all positive and practical measures to help ensure our people remain informed.

“We also continue to address a range of actions and outcomes from the last meeting of the JSB, including securing the services of an independent expert to advice on the calculation of the Restoration and Development Grant, work towards a national reconciliation ceremony, validation of weapons disposals and the continued review of powers that are available to be drawn down, particularly in important revenue raising areas such as fisheries,” he said.