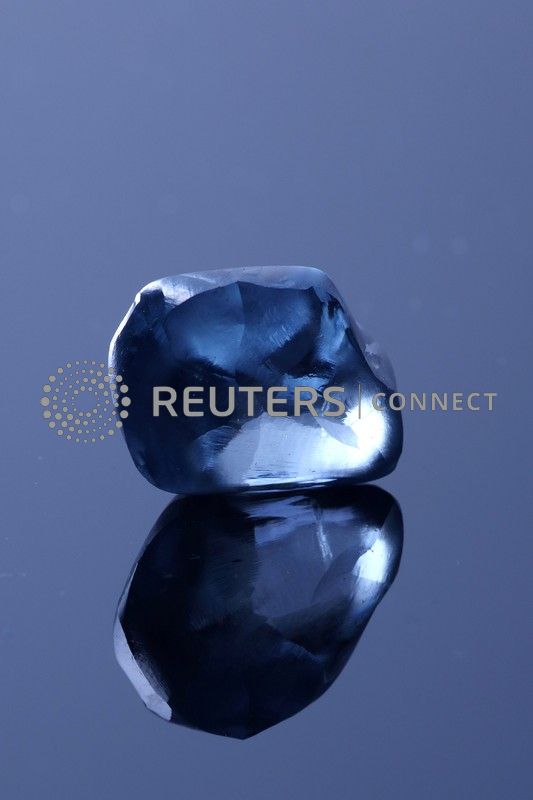 JOHANNESBURG (Reuters) – Botswana’s state-owned Okavango Diamond Company displayed a 20-carat gemstone on Wednesday that it said was the largest blue diamond ever discovered in the country, one of the world’s top producers of natural stones.

Blue diamonds are sought after for their colour and rarity. The 45-carat Hope Diamond is probably the best known.

The company, known as ODC, announced the discovery of the Okavango Blue, a polished oval-cut stone, at an event in Botswana’s capital, Gaborone. It said the stone was graded “fancy blue” with VVS2 clarity, meaning that it contains only minute imperfections.

“Only a handful of similar blue stones have come to market during the last decade, of which the Okavango Blue rightfully takes its place as one of the most significant,” said managing director Marcus ter Haar.

Ter Haar did not offer an estimate of the diamond’s value.

The Okavango Blue was discovered last year at the Orapa mine, operated by Debswana, a joint venture between Anglo American’s De Beers and Botswana.

ODC, a diamond marketing company wholly owned by Botswana’s government, estimates the stone was formed between 500 million and 3 billion years ago.

Debswana produced 24.1 million carats of diamonds in 2018, a 6 percent jump from the previous year, and is the largest contributor to the government’s budget.

Overall mining revenues are expected to drop 4 percent, however, to 13.6 billion pula ($1.29 billion) this year because of a decline in royalties and dividends.

'I can't breathe' protests spread across America after Minneapolis killing