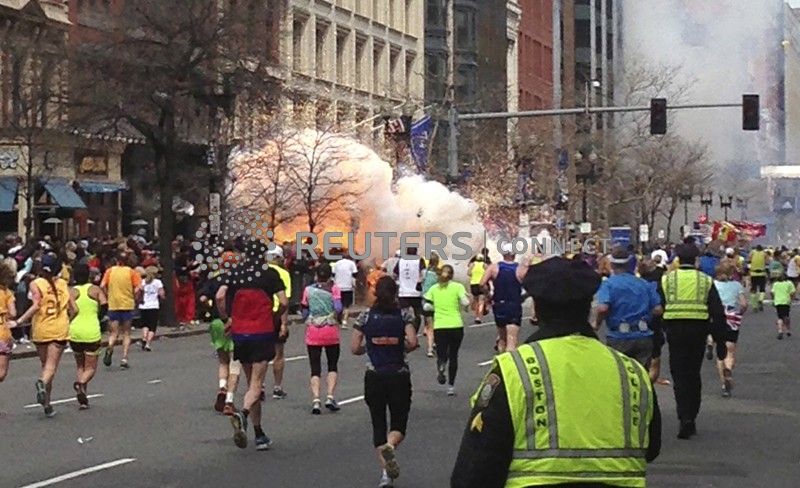 Important questions about what prospective jurors saw and heard from newspapers, television and social media were not posed, defence lawyer Daniel Habib argued before a three-judge appellate panel in Boston’s federal courthouse.

Tsarnaev and his older brother Tamerlan sparked five days of panic in Boston on April 15, 2013, when they detonated two homemade pressure cooker bombs at the marathon’s finish line, killing three people and injuring more than 200. The pair tried to flee the city four days later, prompting a day-long lockdown of Boston and its near suburbs as police battled the brothers and conducted a house-to-house search for Dzhokhar.

The intense emotion and news coverage’s effect on potential jurors led much of Thursday’s hearing to focus on the standard for questioning prospective jurors known as the “Patriarca rule.”

Judge William Kayatta, one of the three 1st U.S. Circuit Court of Appeals judges hearing the case, said the woman who became the jury’s foreperson should have been questioned about her Twitter post calling Tsarnaev “a piece of garbage.”

William Glaser, a lawyer for the U.S. Department of Justice, said the woman was seated on the jury nearly two years after her Twitter post. Still, Kayatta said it was “puzzling” the defence was not allowed to ask detailed questions about the woman’s tweet.

At one point during two hours of oral arguments, Kayatta told Glaser that the government’s case has a “Patriarca problem.”

“Yes, we do,” Glaser responded.

Defence attorney Habib said the bombings traumatized the city, which then actively participated in the manhunt for Tsarnaev and celebrated his eventual capture, which Habib described as a collective catharsis.

“This case should not have been tried in Boston,” he said. “This community atmosphere filtered to the actual jury.”

He noted that Tsarnaev’s defenders had asked the court to move the trial out of Boston to avoid intense emotions that prompted one man to tell a friend on social media that sitting in the courtroom with the suspect during jury selection was “legit crazy.”

That man also received coaching via a Facebook comment advising him to “play the part so (you) get on the jury, then send him to jail where he will be taken care of,” Habib recounted.

Before the jury was seated, the defence team told U.S. District Judge George O’Toole about the bias, but he did nothing, Habib said, calling it “constitutionally intolerable.”

The man who engaged in the Facebook exchanges was on the jury that unanimously voted for Tsarnaev to receive the death penalty.

Kayatta suggested it was a missed opportunity, saying, “social media is a powerful tool in assessing bias.”

U.S. Justice Department lawyers say Tsarnaev received a fair trial and the jury was picked from a population mostly opposed to the death penalty. During his trial, a poll by the Boston Globe showed that about two-thirds of Massachusetts residents favored a life sentence for Tsarnaev.

During the trial, the family of the youngest victim, Richard, also asked prosecutors to consider taking the death penalty off the table.