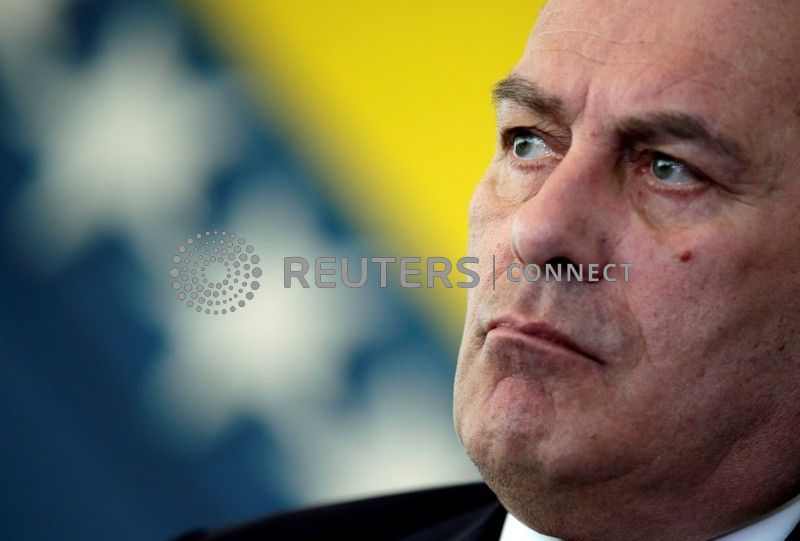 SARAJEVO (Reuters) – Bosnia is preparing to take back and try nine of its nationals suspected of fighting for Islamic State in Syria, its security minister said on Wednesday.

Hundreds of people are believed to have left Europe to fight for Islamic State in Syria and Iraq, and many await in detention camps to be handed over to their countries of origin.

“We are working to bring back nine persons for whom Bosnia and Herzegovina had issued arrest warrants,” Minister Dragan Mektic told Reuters.

Mektic declined to say when the suspects would be returned to Bosnia, but added they would be handed over to the judiciary immediately upon arrival.

The Sarajevo-based investigative portal http://www.zurnal.ba reported the nine men, all captured and kept in detention camps in Syria and Iraq, should be returned by the end of the week.

According to a 2014 criminal code, all Bosnians who leave the country to fight in foreign wars must be prosecuted under terrorism charges.

According to Bosnian intelligence, 241 adults and 80 children left Bosnia or the Bosnian diaspora in 2012-2016 for Syria and Iraq, where 150 more children were born. About 100 adults, including 49 women, remain there, while at least 88 have been killed or died.

Bosnia’s state court has tried and convicted 46 people who have returned from Syria or Iraq in the past few years.

Several women with children have pleaded with the Bosnian authorities to be allowed to return home but there is still no clear policy in place on how to deal with them because their children do not hold Bosnian citizenship.