Born to dive – Food from the sea 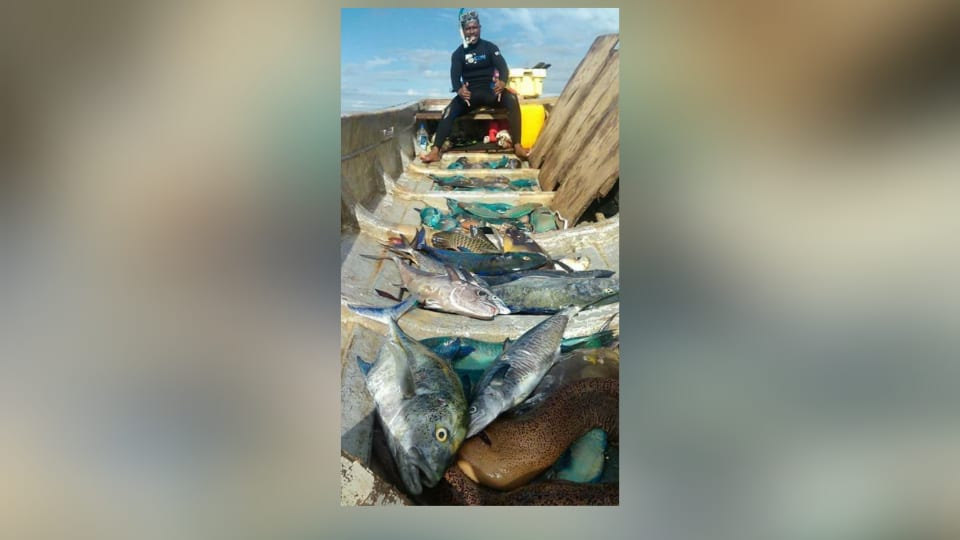 Aisake with his catch. Picture: SUPPLIED

Life can be tough but how you handle it defines our character.

That is how Aisake Delai describes his take on life, growing up in a place far from the main cities and surrounded by miles and miles of ocean.

Located in the Southern parts of Fiji, Buliya Island is on its own and is home to about 200 people.

Buliya villagers only way of survival is getting what they need from what the sea has to offer.

For the same reason, Aisake said the tough upbringing made him to be one of the best divers in Kadavu.

He attended Kadavu Provincial Secondary School and dropped out when he was in Form 3.

He said no one forced him and he just felt education was not for him.

He said he was relieved when he relayed the message to his parents that  he wanted to join the village life.

“I just felt that I belonged to the village. When I realised that I was not good inside the classroom I knew diving was for me. From Class 3 young boys in the village make rod for spears and make rubber tube bands to catch fish,” Aisake said.

“When I arrived at the village I was taught by my big brothers how to use spear gun.”

He said as life in the village went by he wanted to start a family.

“When I got old enough I knew it was the right time to get married. I now have four children and the sea remains our only source of income. For most of the villagers it is the only means of supporting our children who wish to attend school.

“I know I have a responsibility to uphold when my eldest daughter starts her education.

“She is still in Nasinu Secondary School and all I do is dive and sell my catch for an income. I am doing the same thing for my other children.”

He said his fellow villagers faced a big problem when diving for beach-demer was stopped a few years ago.

“We mainly dive for beach-de-mer and fish ,but life goes on. We only dive for fish at the moment.”