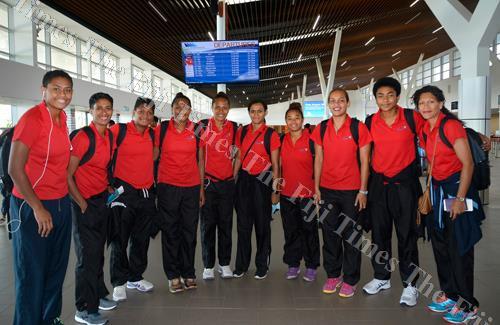 Coach Vicki Wilson said Dr Bobby Willcox contribution to the team had boosted the morale of the girls.

“We have tremendous growth this year because we’ve got onboard now our performance analyst Dr Bobby Willcox.

Bobby was amazing during our tour to Singapore and Arafura Games,” she said.

“She was able to provide data for the team and as individuals.”

According to Wilson, Bobby was with the Silver Ferns for the past 14 years and joining the team shows how much she has engaged with the girls.

“She loves being with the girls and she loves how they constantly ask questions to be better.”

Wilson added that the series was a great impact on the players as they take on their individual responsibility.

“We approach every opponent with an attitude to never give up and set out those targets of individual of what we know we need to do and look for improvements in every game.

“There has been great moments for us this year and I am really excited about the month ahead, an opportunity to take more steps towards the World Cup.”

There will be a three-week camp in Sydney before they fly to Auckland for a Test series against New Zealand.