Boost for athletes to the Pacific Games 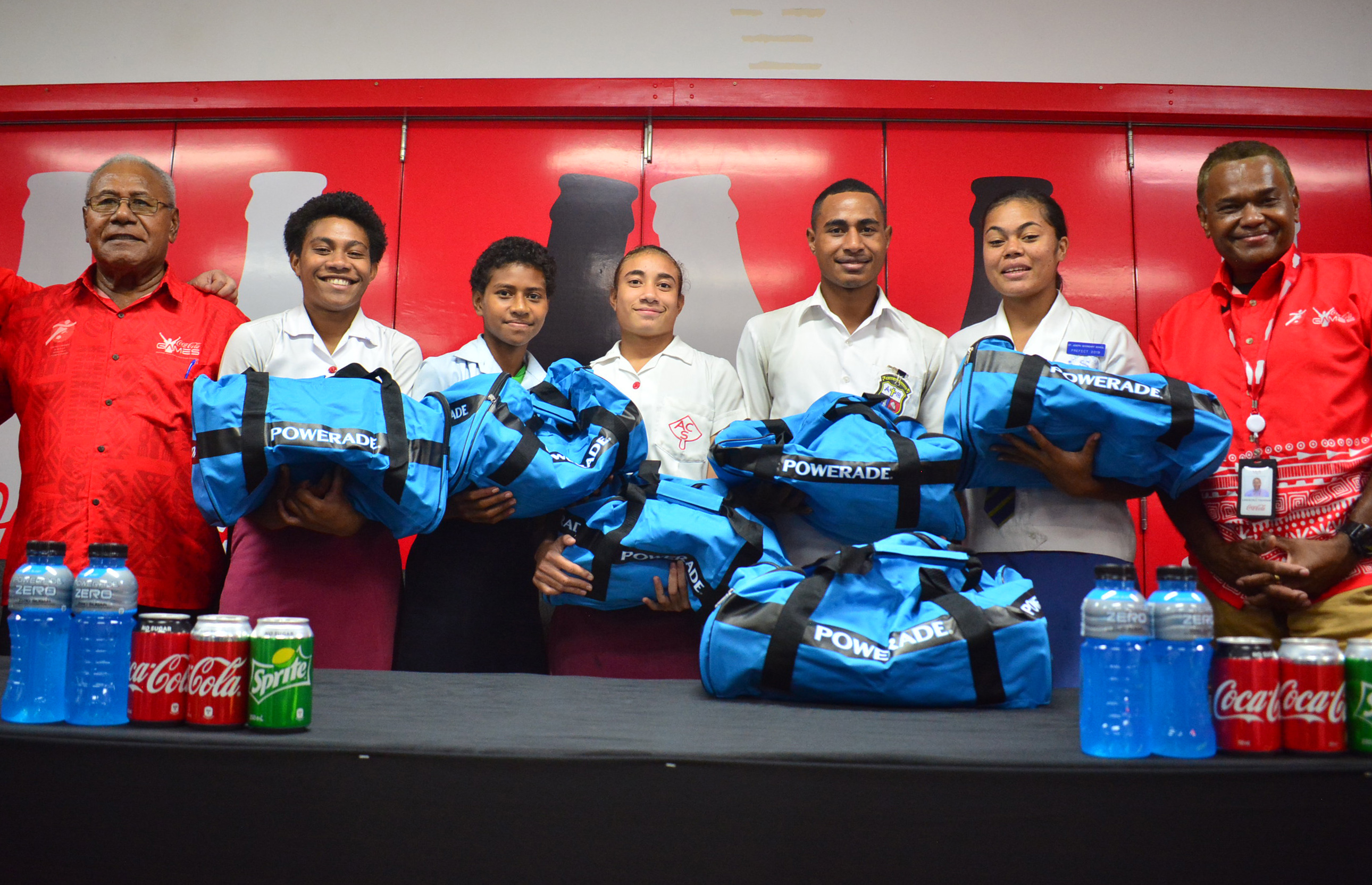 TEAM Fiji’s Coca-Cola Games athletes to the 2019 Pacific Games received an added boost for their preparations to the tune of $12,000 from partners Coca Cola Amatil yesterday at their head office in Laucala Bay.

Coca-Cola Amatil general manager Roger Hare said it was a proud day for not only for the organisation but also in benefit of the nation in helping its student athletes on their journey in Samoa.

“These athletes that are going to Samoa for the Pacific Games, their talents were identified in the Zone meets, and they proved they could perform under pressure at the Coca-Cola Games, and now we can be proud they can go and represent the nation at the Pacific games,” Hare said.

Adi Cakobau School blue ribbon and team Fiji medal hopeful Serenia Ragatu said the boost was unexpected but came at a great time for her and her fellow student athletes.

“I am very happy and thank Coca-Cola and the Fiji Secondary Schools Athletics Association for aiding us in our preparations,” Ragatu said.

“We didn’t expect it but it will go along way in preparing myself and team Fiji for Samoa.

“We hope to deliver a performance that the nation will be proud of”.

Each student athlete received $1500 and Powerrade merchandise and gear.