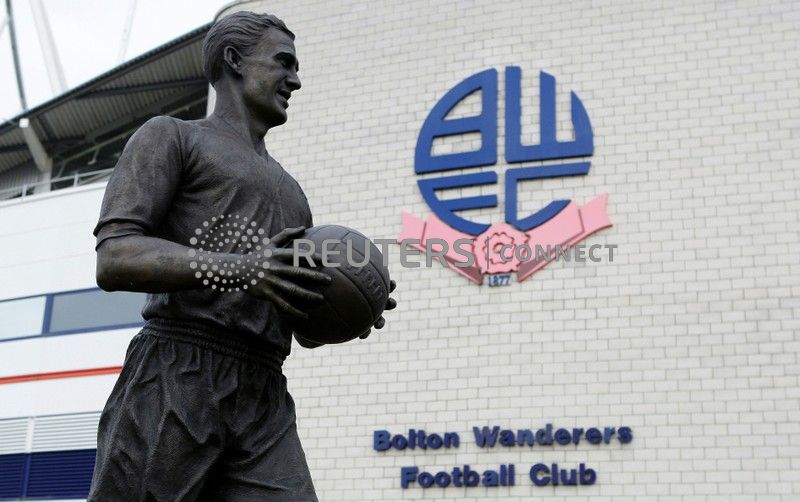 (Reuters) – Bolton Wanderers’ home Championship game against Brentford will now not take place and the visitors will be awarded three points on the basis of a 1-0 victory, the English Football League (EFL) said on Friday.

The fixture was initially scheduled for last Saturday but was called off when Bolton players said they would boycott their remaining games in the second-tier league over unpaid wages.

The EFL had rearranged the fixture for next Tuesday but Bolton were unable to confirm that adequate safety personnel will be in place at the University of Bolton Stadium.

“Following the decision taken by Bolton Wanderers’ Safety Advisory Group (SAG) to issue a Prohibition Notice preventing Tuesday’s rearranged Championship fixture with Brentford from taking place, the EFL will not be asking that the game is played at a future date,” the EFL said in a statement.

“There is no provision under EFL regulations to direct clubs to play at a later date than four days past the conclusion of the season and, as a result, it has been determined that Brentford will be awarded the three points on the basis of a 1-0 victory.”

The EFL added that Bolton are now deemed “guilty of misconduct” which will result in disciplinary proceedings against the club.

Bolton, who have already been relegated to League One, will play their final match of the season at Nottingham Forest on Sunday after the club confirmed their first team players would be available.

Earlier on Friday, Bolton said they have ended discussions with British businessman Laurence Bassini over a proposed takeover after the former Watford owner failed to present a funding package to the EFL despite a deadline extension.