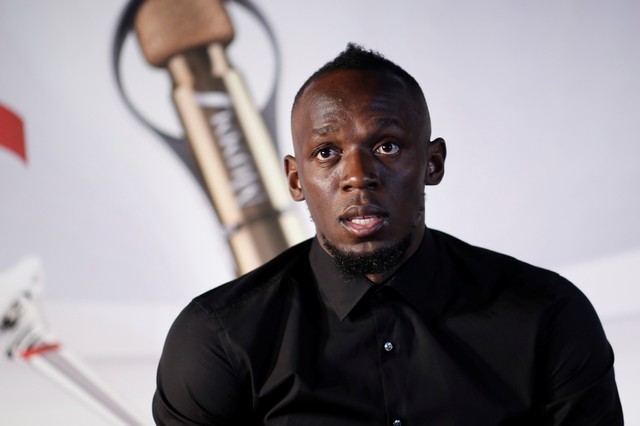 MELBOURNE (Reuters) – Olympic champion sprinter Usain Bolt has been offered a two-year contract to play soccer with a Maltese club, ESPN reported, triggering speculation he may be set to walk out from his trial at Australian team Central Coast Mariners.

Maltese champions Valletta FC said they hoped to sign the eight-times Olympic gold medallist in time for him to participate in their Maltese Super Cup match on Dec. 13 against Balzan.

“A champion is always welcome and at Valletta FC we believe nothing is impossible,” ESPN quoted Valletta managing director and CEO Ghasston Slimen as saying.

Bolt scored two goals for the Mariners in a pre-season trial match on Friday but has not been offered a professional contract by the A-League team.

A Mariners spokesman said there was no change in Bolt’s position at the club, describing reports that he might quit his trial as “rumours”.

The 32-year-old Jamaican has repeatedly expressed his hope to win a contract ahead of the Mariners’ 2018-19 A-League campaign which kicks off this weekend.

Most Australian soccer pundits said Bolt had shown signs of improvement and better fitness in the Mariners’ 4-0 win over an amateur local side on Friday but felt he was some way off the level of being able to compete in the Australian top flight.