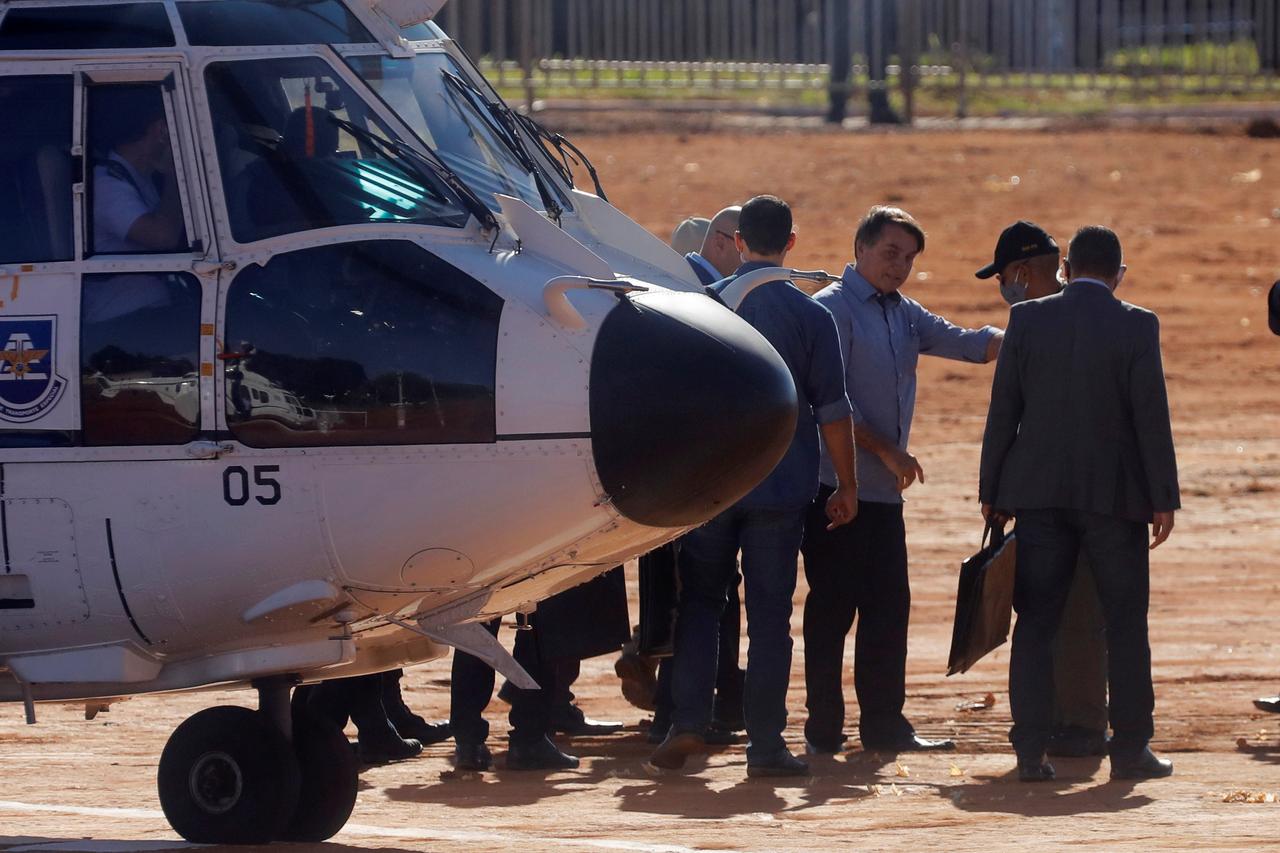 BRASILIA (Reuters) – President Jair Bolsonaro threatened on Friday to pull Brazil out of the World Health Organization after the U.N. agency warned governments about the risk of lifting lockdowns before slowing the spread of the novel coronavirus.

In an editorial running the length of newspaper Folha de S.Paulo’s front page, the Brazilian daily highlighted that just 100 days had passed since Bolsonaro described the virus now “killing a Brazilian per minute” as “a little flu.”

“While you were reading this, another Brazilian died from the coronavirus,” the newspaper said.

Brazil’s Health Ministry reported late on Thursday that confirmed cases in the country had climbed past 600,000 and 1,437 deaths had been registered within 24 hours, the third consecutive daily record. The nation reported another 1,005 deaths Friday night.

With more than 35,000 lives lost, the pandemic has killed more people in Brazil than anywhere outside of the United States and the United Kingdom.

“The epidemic, the outbreak, in Latin America is deeply, deeply concerning,” she told a news conference in Geneva. Among six key criteria for easing quarantines, she said, “one of them is ideally having your transmission declining.”

In comments to journalists later Friday, Bolsonaro said Brazil will consider leaving the WHO unless it ceases to be a “partisan political organization.”

President Donald Trump, an ideological ally of Bolsonaro, said last month that the United States would end its own relationship with the WHO, accusing it of becoming a puppet of China, where the coronavirus first emerged.

Bolsonaro’s dismissal of the coronavirus risks to public health and efforts to lift state quarantines have drawn criticism from across the political spectrum in Brazil, where some accuse him of using the crisis to undermine democratic institutions.

But many of those critics are divided about the safety and effectiveness of anti-government demonstrations in the middle of a pandemic, especially after one small protest was met with an overwhelming show of police force last weekend.