‘Bole demonstrated the epitome of a selfless civil servant’ 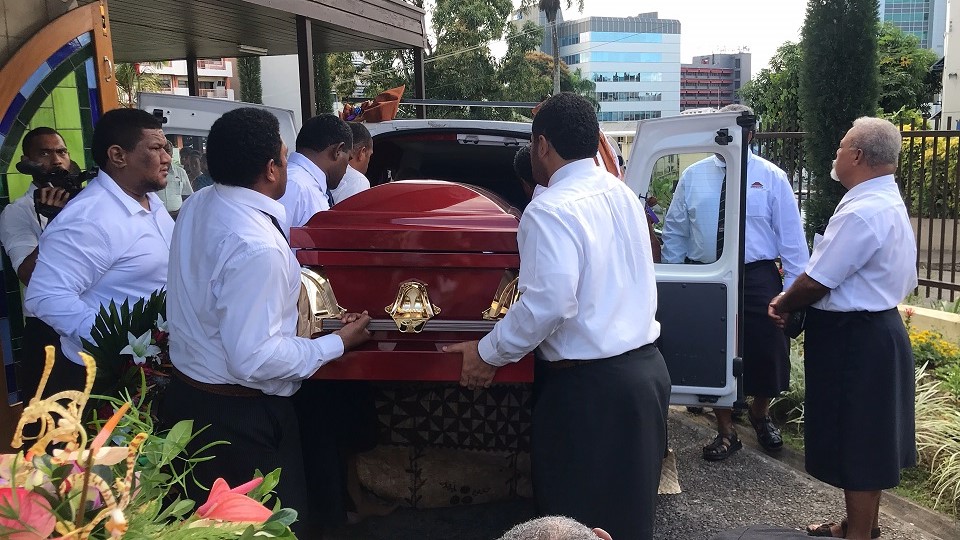 Pallbearers escorting the Late Filipe Bole to his final resting place after his homecoming service this morning. Picture: JOVESA NAISUA

THE late Filipe Bole demonstrated the epitome of a selfless civil servant, putting his love of country, and his service to Fiji, above all else, says Prime Minister Voreqe Bainimarama.

In a statement, Mr Bainimarama said Mr Bole represented Fiji in the very best light, both on the international stage and here at home.

Mr Bainimarama said Mr Bole was not only a man of great honour and integrity, but a man who he called both a true friend and trusted advisor.

“Whether as a teacher, an ambassador, a parliamentarian, or a minister, Mr Bole demonstrated the epitome of a selfless civil servant, putting his love of country, and his service to Fiji, above all else,” he said.

In a moving eulogy his granddaughter Oripa Fuatau described her Tua as he is fondly known to close family as a man of compassion and understanding who would be missed.

Among those present at this morning’s funeral service included leader of opposition Sitiveni Rabuka, members of parliament, and representatives of the diplomatic corps, family and friends of the late Mr Bole.

Mr Bole entered Politics and served as Minister for Education in 1986 and 1987 and was also Deputy Prime Minister for a short time in 1993.