Bolaira: We are important players in capital markets 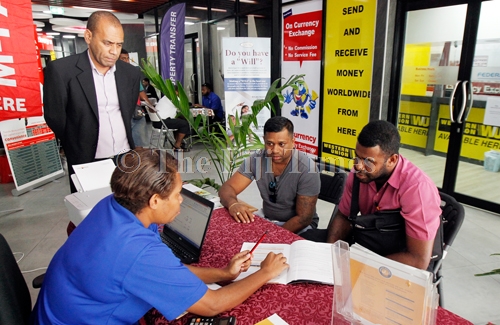 WE, the Unit Trusts, are important players in the capital market especially in our line of service, says Unit Trust of Fiji (UTOF) manager business development Sakiusa Bolaira.

“We started on Monday and have recorded good traffic in terms of people just walking through, some are just watching and some have actually come in started asking good questions. “The whole idea is to promote what the UTOF is all about in terms of investment,” Mr Bolaira said.

He said UTOF was making headway in terms of investments coming in. “For example, investors in our income growth fund earn dividends of almost 20 per cent per annum.

“The UTOF pays out dividends every six months, tax free and there can also be growth in your investment,”he said.

Mr Bolaira said last year they paid out dividends in this facility of about 19 per cent and distributed more than $5 million to all their investors during the year.

“And our new facility called the children investment plan for children has been rolled out to schools,” he said.

Mr Bolaira said when schoolchildren finished Year 13, there was nothing there for them in terms of financial backing.

He says this plan is a real life financial instrument that is earning dividends for children while they are at school.