Boks wary of All Black backlash in Rugby Championship opener 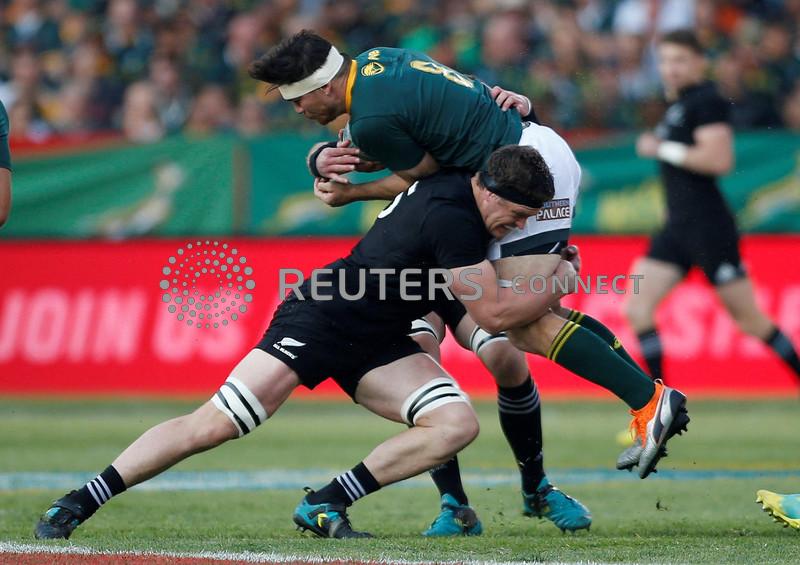 NELSPRUIT, South Africa (Reuters) – South Africa captain Siya Kolisi has played down his side’s status as favourites for their Rugby Championship opener against New Zealand on Saturday as the Springboks go in search of a first home win against the All Blacks in eight years.

The tourists have lost four of their last five tests, including a historic home series loss to Ireland last month, but Kolisi says the danger against the All Blacks is ever-present, no matter their form.

“The All Blacks are a team that just don’t stop, so it will require an 80-minute performance to defeat them,” Kolisi told reporters on Friday.

“They have players in the starting line-up and on the bench who are game breakers, and we need to ensure we execute our plan no matter what the score is.

“How we see it as a group is that we haven’t beaten the All Blacks at home in eight years. As children we dreamed of games like these, and we filled up the living room watching them.

“All the guys in this squad would have loved to be in the match day squad, so the 23 that were selected need to go out there and do our best.”

Kolisi says the Boks won’t let the troubles in the All Black camp, in which assistant coaches John Plumtree and Brad Mooar have been given the boot after the Ireland loss, affect the way they approach the game.

“We can’t control what happens in the All Blacks camp, but we can control what we do. We know what we want to do. We are playing against an amazing side,” he said.

“We’ve been in a situation before where we lost two matches in a row, and what we learned is that it takes one game to kick-start a team, so we do not see ourselves as favourites at all.”

Kolisi returns to the scene of his debut test in 2013 against Scotland, one of just three previous tests the Boks have played in South Africa’s eastern Mpumalanga province. All have been victories so far.

“It has been a journey with many ups and downs, so this is a special stadium for me and hopefully I can play as well as possible,” he said.