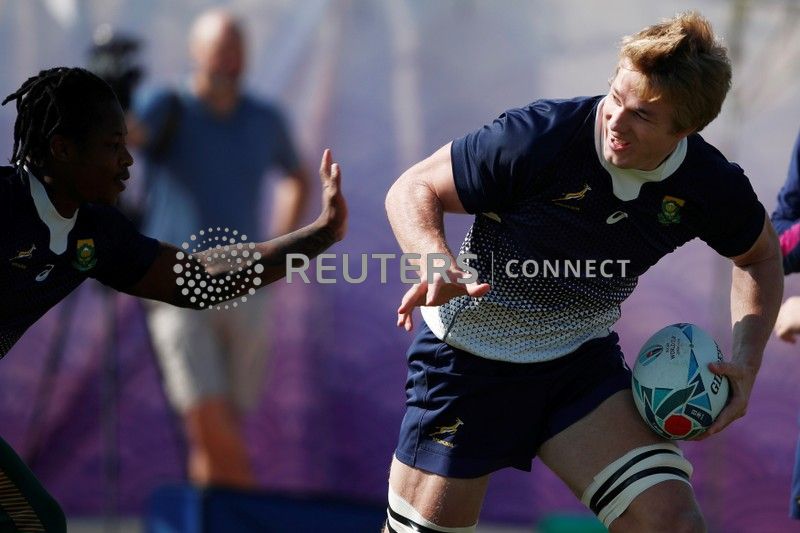 CAPE TOWN (Reuters) – World Rugby Player of the Year Pieter-Steph du Toit has confirmed he will stay at South African Super Rugby side the Stormers after initially giving notice he would terminate his contract.

Players in South Africa had a 21-day window to opt out of their current contracts and become free agents in light of pay cuts forced on them by South African Rugby in a bid to save R1.2-billion ($66.89 million) in expenditure in 2020.

The World Cup winning lock served notice of his intention to terminate last week, sparking speculation he would be making a lucrative move to play in Europe or Japan, but with the window now closed he has had a change of heart.

“Pieter-Steph is an important team member, his extraordinary work rate coupled with his ball carrying skills, makes our forward pack even more formidable,” Stormers coach John Dobson said in a statement on Thursday.

“The rehabilitation on his (thigh) injury is progressing well and we are looking forward to seeing him in a Stormers jersey again when we get back on the field.

“We are proud as a Union of our achievement of contracting eight Rugby World Cup winning Springboks in the province and keeping them in the country.”

Du Toit was injured against the Auckland Blues at the end of February, developing a haematoma that turned into acute compartment syndrome and put him at risk of losing his leg.

Top earners in South African rugby face cuts of up to 43% of their salaries between now and December.

The Stormers announced the capture of Bok fullback Warrick Gelant on Wednesday after he moved from the Bulls.