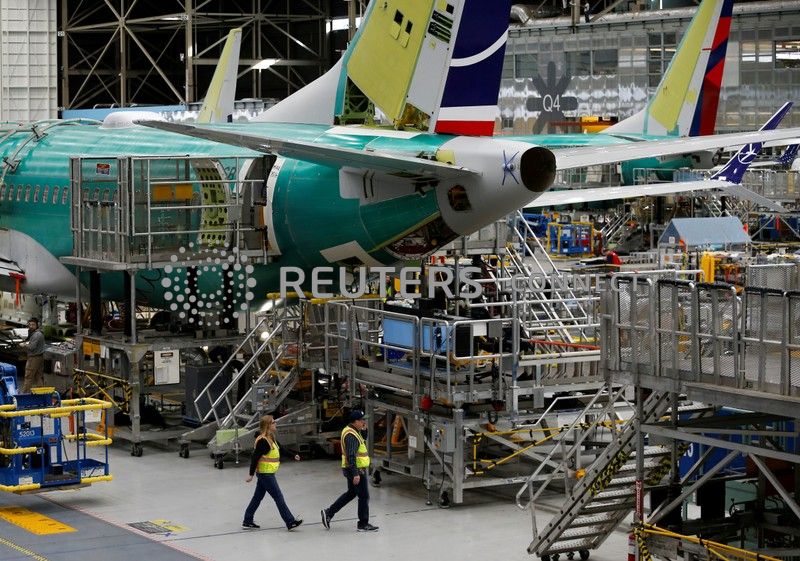 FILE PHOTO: Employees walk by the end of a 737 Max aircraft at the Boeing factory in Renton, Washington, U.S., March 27, 2019. REUTERS/Lindsey Wasson/File Photo

Kjos, a former fighter pilot, said in a series of tweets he had tested the old system versus the new one in a MAX simulator.

More than 300 Boeing 737 MAX jets have been grounded worldwide after two fatal crashes in the past five months in Ethiopia and Indonesia killed nearly 350 people.

Boeing said on Monday it planned to submit a proposed software enhancement package for the MAX in coming weeks, after previously saying it planned to deliver the fix for government approval by last week.

Kjos said he had tested the old and the new MCAS software “under a malfunction”, saying the new system seemed foolproof.

“I hope the regulators will have safety in focus as always and not be directed by politics. I will gladly take my family on board a Norwegian MAX,” he added.

Norwegian has 18 Boeing 737 MAX aircraft in its fleet and dozens more on order. The budget carrier has said it would seek compensation from the aircraft maker for the cost of leasing replacement planes while its own are grounded.