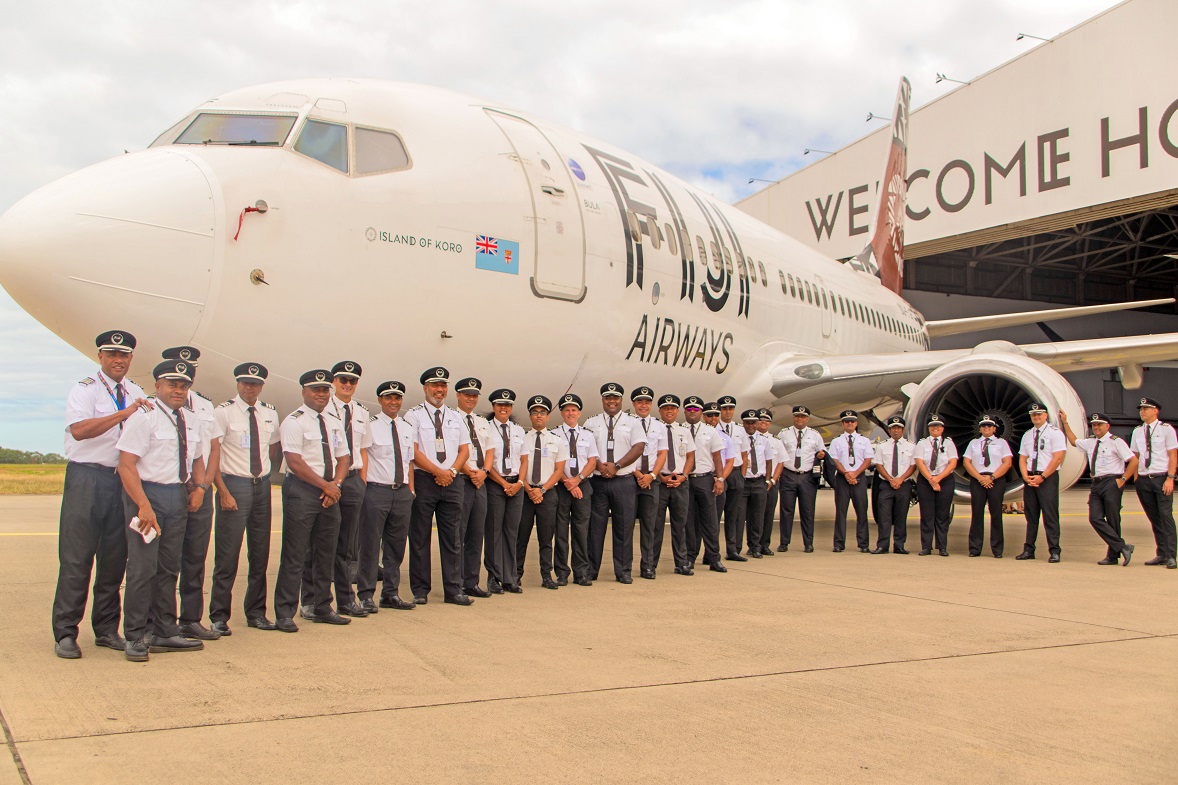 Fiji Airways pilots in front of the longest serving aircraft in its fl eet, a Boeing 737-700 christened Island of Koro. Picture: SUPPLIED

Last Friday, Fiji Airways bid farewell to one of the longest serving aircraft in its fleet, a Boeing 737-700 christened Island of Koro.

On its Facebook page, the national carrier said after 22 years of service, DQ-FJF had reached the end of its lease period.

“During its time in our fleet, the aircraft accumulated over 66087:36 total aircraft hours, and operated 23,232 cycles,” the airline said.

Fiji Airways said the aircraft had a maximum take off weight of 70,080kg and was used on specific routes including Christmas Island, Tarawa, Sydney and Auckland that operated from Suva because of its operational performance agility.

“In fact, the aircraft is widely recognised as the first New Generation B737 in the Southern Hemisphere, in yet another example of how Fiji Airways has led aviation in the Australia-Pacific region across almost seven decades.”

The aircraft’s new home is in Teesside in the United Kingdom.