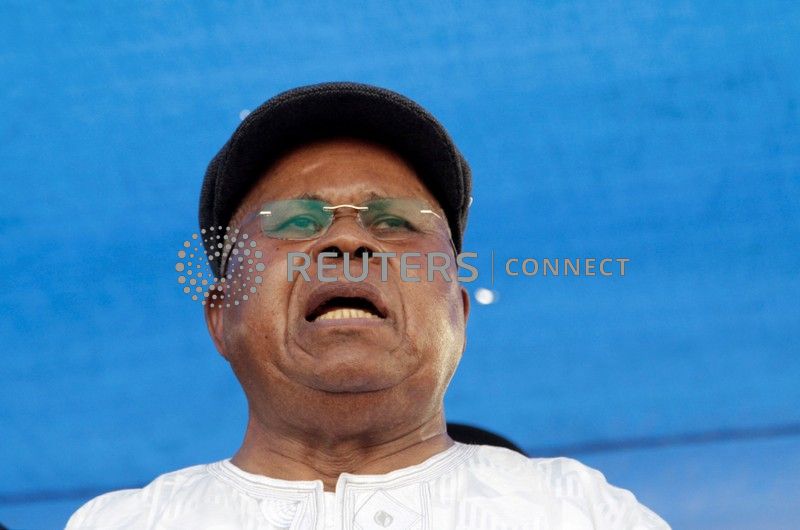 KINSHASA (Reuters) – The body of Congo’s longstanding opposition figurehead and statesman Etienne Tshisekedi arrived home on Thursday to a packed and emotional welcome after a two-year wait in a Belgian morgue because of a ban on his return.

Thousands of people came to the airport in Kinshasa, the capital, to sing and chant as the coffin of the charismatic politician was wheeled through the crowds, draped in a light-blue Congolese flag.

Tshisekedi, beloved for his lone stand against a series of autocratic leaders and whose son, Felix, was elected president in a disputed December vote, died while on medical leave in Brussels in February 2017.

Fearful of the unrest that his body’s return might spur, the government of former President Joseph Kabila, who ran Democratic Republic of Congo for 18 years before stepping down in December, had not allowed Tshisekedi’s body to return home.

But Felix Tshisekedi’s unexpected rise to the presidency has lessened the controversy of his father’s return. Opposition critics say Felix’s victory in the December poll was part of a deal with Kabila under which Kabila would relinquish power but retain control over key functions of government, a claim both leaders deny.

Etienne Tshisekedi was a pivotal figure in Congo, whose history has been marked by civil war and coups. His activism and bravery in the face of leaders like Mobutu Sese Seko won him widespread support, and he drew huge crowds.

He served as a minister under Mobutu before founding the UDPS, the first organised opposition platform in what was then Zaire, in 1982. Tshisekedi was named prime minister four times in the 1990s, but never lasted more than a few months as he and Mobutu repeatedly clashed.

Before his death, Tshisekedi had become a lightning rod for opposition to Kabila’s refusal to step down, despite his mandate running out in 2016, but he failed to mobilise thousands onto the streets to oust Kabila.