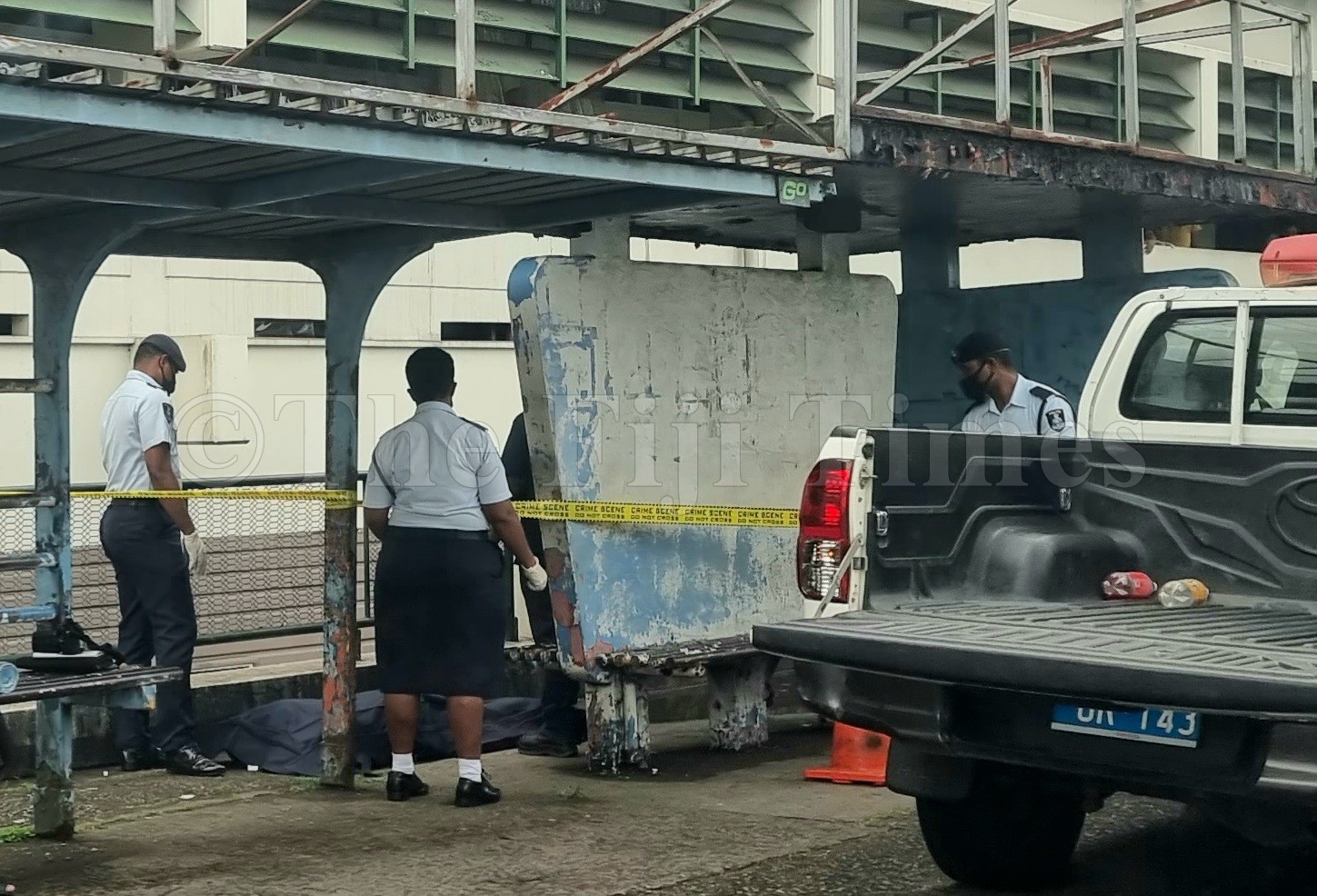 Police officers at the scene of the body find. Picture: FELIX CHAUDHARY

Police cordoned off the bus stop area outside the Colonial War Memorial Hospital, Suva, where a body was found in the early hours of this morning.

Police spokesperson Ana Naisoro said the discovery was made at about 5.30am.

“A team of officers whilst on patrol found a man in his late 40s lying motionless at the bus stop beside CWM Hospital Maternity Unit,” she said.

“He is a known street dweller who goes by the name ‘Charlie’.”