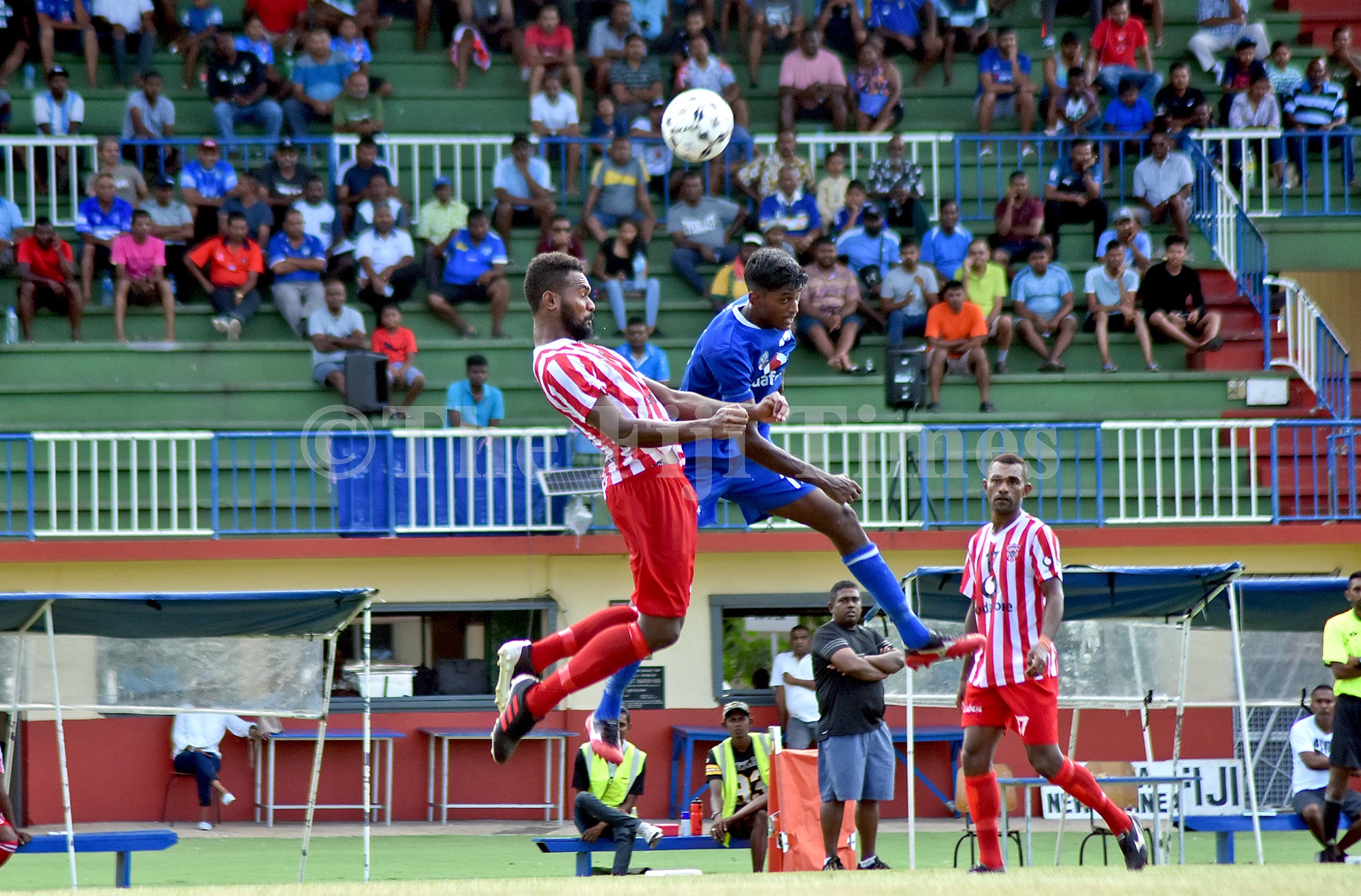 Lautoka will miss the services of Antonio Tuivuna for the remainder of the season after the rugged defender left for New Zealand earlier this week to join Manurewa Football Club.

Tuivuna signed a club to club transfer which is from Lautoka to Manurewa FC and will feature in the Lotto Sport Italia Northern Region Football League Division One.

Lautoka is set to face Labasa in a double-header in the Digicel Premier League at Churchill Park this afternoon.

Chairman of the normalising committee for Lautoka Football Association, Rajnesh Prasad said they had capable players to fill in the void. Prasad said their preparations for this weekend’s match had gone well.

“We have able replacements like Manasa Nawakula, Kolinio Sivoki and Epeli Leiroti, who can fill the vacuum created by Antonio’s departure,” he said.

“We played the Fiji Muslim team earlier this week and were supposed to play the Fiji under-19 squad in a warm-up match on Wednesday but that did not eventuate.”

Lautoka defeated Labasa 2-1 in the first round at Subrail Park. The Blues are five points adrift of leaders Rewa, but remain in the hunt to defend the DPL title. Prasad said they treated every opponent with respect.

He said they will give their youth players more game time. “Labasa has a strong squad and they are very passionate about the game,” Prasad said.

“We expect them to give us a tough time. Last week our Fiji U19 player Junior Dekedeke played the full 90 minutes.

“He proved himself by scoring two goals. Fiji Football Association has stipulated that there needs to be two U19 players on the bench and one on the field during the DPL.

“This is very good for football development. We are in the running for the DPL title and urge the fans to come out in numbers to support the boys. The aim is to finish in the top two to secure a spot at next year’s Oceania Football Confederation (OFC) Champions League.”

The Lautoka v Labasa match will kick off at 4pm. Prior to that, Ba will face Nadi at 2pm at the same venue.

Also today, Navua will host Nasinu at 3pm at the Uprising Sports Complex while Nadroga will play Tailevu-Naitasiri at 4pm at Lawaqa Park in Sigatoka.