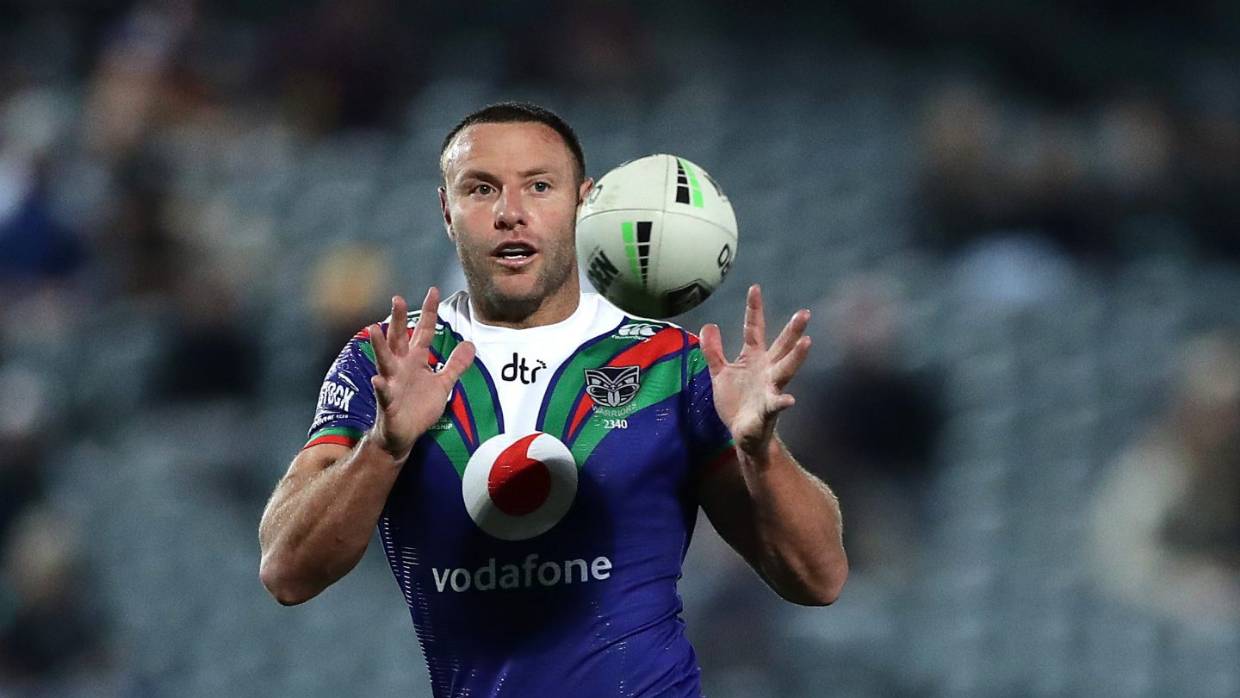 Blake Green put a difficult week behind him to play a crucial role in the Warriors’ win over Brisbane. GETTY-IMAGES

He may not be wanted at the Warriors beyond this season but Blake Green didn’t do his chances of finding a new home any harm with a commanding display in Saturday night’s comeback victory over the Broncos.

It was a tough week for the off-contract halfback after Warriors owner Mark Robinson publicly confirmed that he, along with centre Gerard Beale, could move on at the end of the year.

While reluctant to go into Robinson’s comments, interim coach Todd Payten admitted his timing “was not great” but he was full of praise for the way Green responded in the courageous 26-16 win.

“I can’t commend him highly enough about his contribution to this club and the way he took the week on. I spoke to him more than once and he was upset,” Payten said in the post-match press conference.

“The way he threw himself into the week and the way he performed and dragged the team with him is just testament to him, his family and the way he goes about his business.”

In the absence of suspended skipper Roger Tuivasa-Sheck and with halves partner Kodi Nikorima forced off in the fourth minute, Green’s experience came to the fore as the Warriors overturned a 10-0 deficit midway through the first half.

He kept the Broncos on the back foot after the break with an impressive kicking game, including a pinpoint 40/20, and made the most of a strong display by the middle forwards to steer the team home.

Of course, Green was far from alone and the fact the Warriors were able to roll through the ruck was largely down to winger Ken Maumalo’s powerful work early in the tackle count.

Maumalo, who is one of the players considering returning to New Zealand to be with his family, showed just how much the Warriors need him after running for a game-high 291 metres and scoring two tries in a standout display.

“Kenny had a really influential performance, he always does,” said Payten. “If he ticks over 200 metres, we’re on the front foot. He had a couple of plays that went against him but he stayed in the game and he got our sets rolling.”

The Warriors were still guilty of several mistakes that would have been punished by better teams than the battling Broncos, who have hit crisis mode following a sixth-straight defeat, with some players reduced to tears at full-time.

But perhaps the most pleasing aspect for Payten was that when things didn’t go their way, the Warriors displayed some much-needed resilience which was clearly lacking over the last fortnight.

And the interim coach, who recorded his first win since stepping up for the sacked Stephen Kearney, believes they delivered a clear message to everyone watching.

“We showed tonight that we actually care for each other. We care for everyone back home and we care for the jersey, so it’s about building on that.”

While Tuivasa-Sheck will be back for week’s clash against the Titans in Brisbane, it remains to be seen if he will be joined by Nikorima, who suffered a nasty head knock after being bumped off by a rampaging Tevita Pangai Junior.

But Payten was buoyed by the performance of young playmaker Chanel Harris-Tavita after he was thrown in off the bench and grew as the match went on.

“I think the kid’s got a good future,” Payten said. “He’s tough, he competes … He just plays and puts himself in the game, that’s why I think so highly of him.”