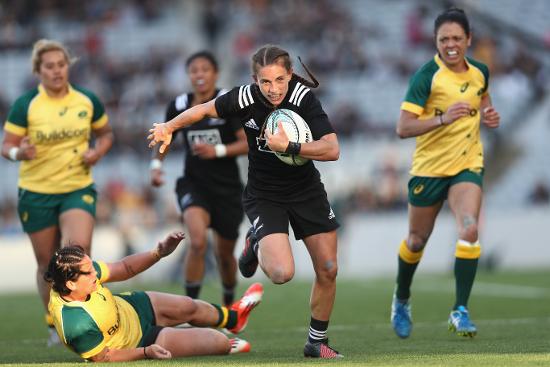 The fullback, who has 40 caps for New Zealand, will officiate at the Dubai and Cape Town tournaments of the world series, taking place on 5-7 December and 13-15 December, respectively.

After a promising international officiating debut at the Oceania Women’s Sevens Championship in Fiji last week, Winiata’s appointment will bring the total number of New Zealand referees on this season’s circuit to five.

The Dubai Sevens will mark the start of the men’s season while the women’s competition moves onto its second round following the opening tournament in Colorado, USA last month where the hosts were victorious.

This season will culminate with the Tokyo 2020 Olympic Games where rugby sevens will feature on the Olympic Games programme for the second time following its successful introduction at Rio 2016.

Last year’s series acted as the principal route to qualification for Tokyo 2020 with the top four men’s and women’s teams booking their spots at the end of the season. This season will serve as crucial build-up and preparation for Tokyo with both players and officials looking to earn their place at the Olympic Games.

Commenting on her appointment, Winiata said: “Playing fifteens and refereeing on the series was a big goal of mine and it’s great to have achieved that.

“Now the hard work starts and I’m really looking forward to the tournaments, putting good performances together and continuing to develop. It’s been a great challenge so far.”

World Rugby Match Officials Selection Committee Chairman, Anthony Buchanan added: “We would like to congratulate Selica on her appointment to the HSBC World Rugby Sevens Series tournaments in Dubai and Cape Town.

“Having playing experience at the highest level will be invaluable to her role as a match official on the world series and demonstrates the opportunities available for the development of both players and officials. We look forward to welcoming Selica to the team in Dubai.”

The HSBC World Rugby Sevens Series 2020 will feature eight women’s tournaments for the first time in history, with six of those combined with men’s events. As the first combined tournament of the season, Dubai will be celebrating its 50th anniversary this year while Cape Town will host its inaugural women’s world series competition.

Both men’s and women’s teams will feature on all three days of both tournaments.