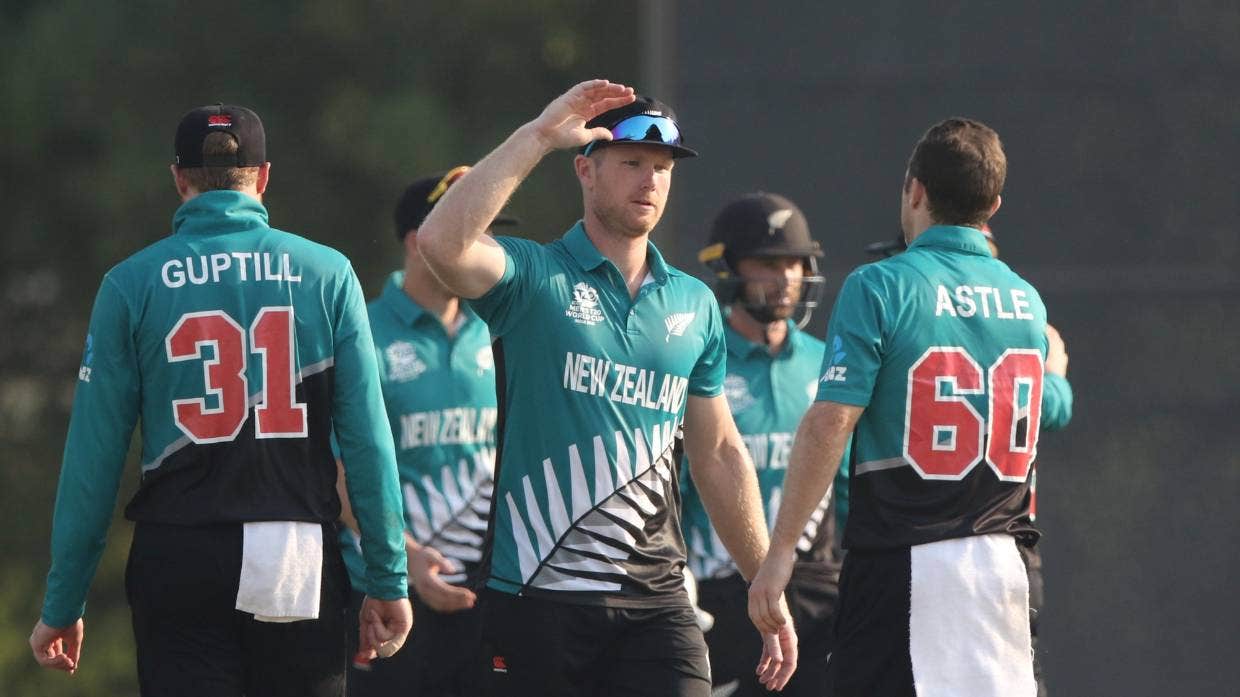 Jimmy Neesham and Todd Astle celebrate a wicket during the Black Caps’ warm-up win over the Netherlands in Dubai. Picture; STUFF SPORTS.

The Black Caps have edged the Netherlands by six runs in their opening Twenty20 World Cup warm-up game on Sunday (NZ time).

With skipper Kane Williamson and Mark Chapman both nursing hamstring niggles, Martin Guptill captained a New Zealand side who had just 11 players to pick from in very hot conditions at the ICC Academy in Dubai.

After being sent in to bat, the Black Caps got off to a good start, and having been promoted up the order, it was Daryl Mitchell who top-scored with 40 alongside regular opener Guptill (32).

Fellow all-rounder Jimmy Neesham hit 33, assisted well through the middle by Devon Conway (16) who was also taking the wicketkeeping gloves in this game, as the Kiwis posted 154-8 from their 20 overs.