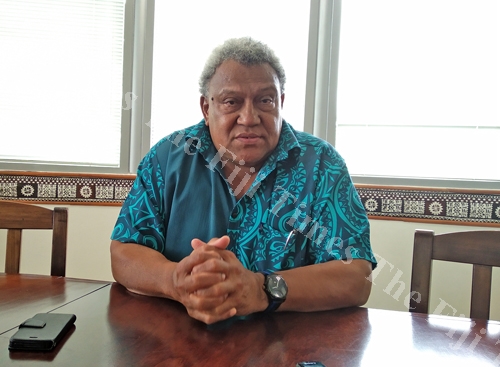 THE Diocese of Polynesia has elected the Rev Fereimi Cama to be the next Bishop of Polynesia.

Mr Cama becomes the seventh bishop and the first Fijian to take the post.

He will become a joint leader of The Anglican Church in Aotearoa, New Zealand and Polynesia.

The post was previously held by the Rev Dr Winston Halapua who was farewelled by the diocese in July this year after eight years of service.

“I believe the outcome of the electoral was a great achievement but also a great challenge trying to fill in the shoes of my predecessors. It’s not going to be an easy task but I believe the people have spoken and I give thanks to God for their faith and trust in me,” said Mr Cama.

“I know I will not be able to make it alone — I need the support of the church and the people. I’ve also told the Electoral College that I’m not going to try and introduce anything new which will only confuse our people. All I need to do is pressure cook what is already there — make it tender, attractive and easy to take on board,” added the 63-year-old.

He dedicated his 18-year service and appointment to his late wife Mereadani who died early last year.

*Read more in next week’s The Sunday Times