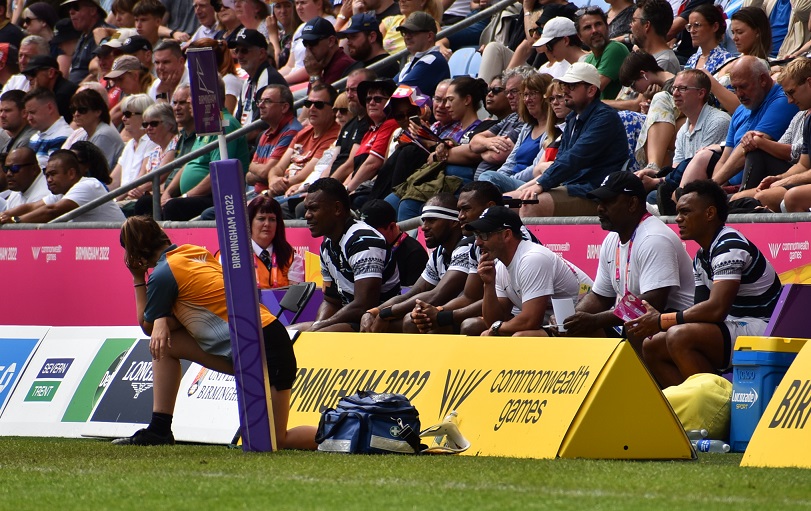 Fiji 7s coach Ben Gollings and the bench players and officials look on in the match against New Zealand in the semi-final. Picture: ROHIT DEO.

The Fiji 7s men’s side will have the services of double Olympic gold medalist Jerry Tuwai for the gold medal match against South Africa.

Team coach Ben Gollings has confirmed Tuwai was not well on the eve of the finals so he was left out in the semi-final against New Zealand.

Aminiasi Tuimaba suffered a head knock in the quarter-finals and has been ruled out of the tournament.

Gollings has confirmed all other players will be available for the final.