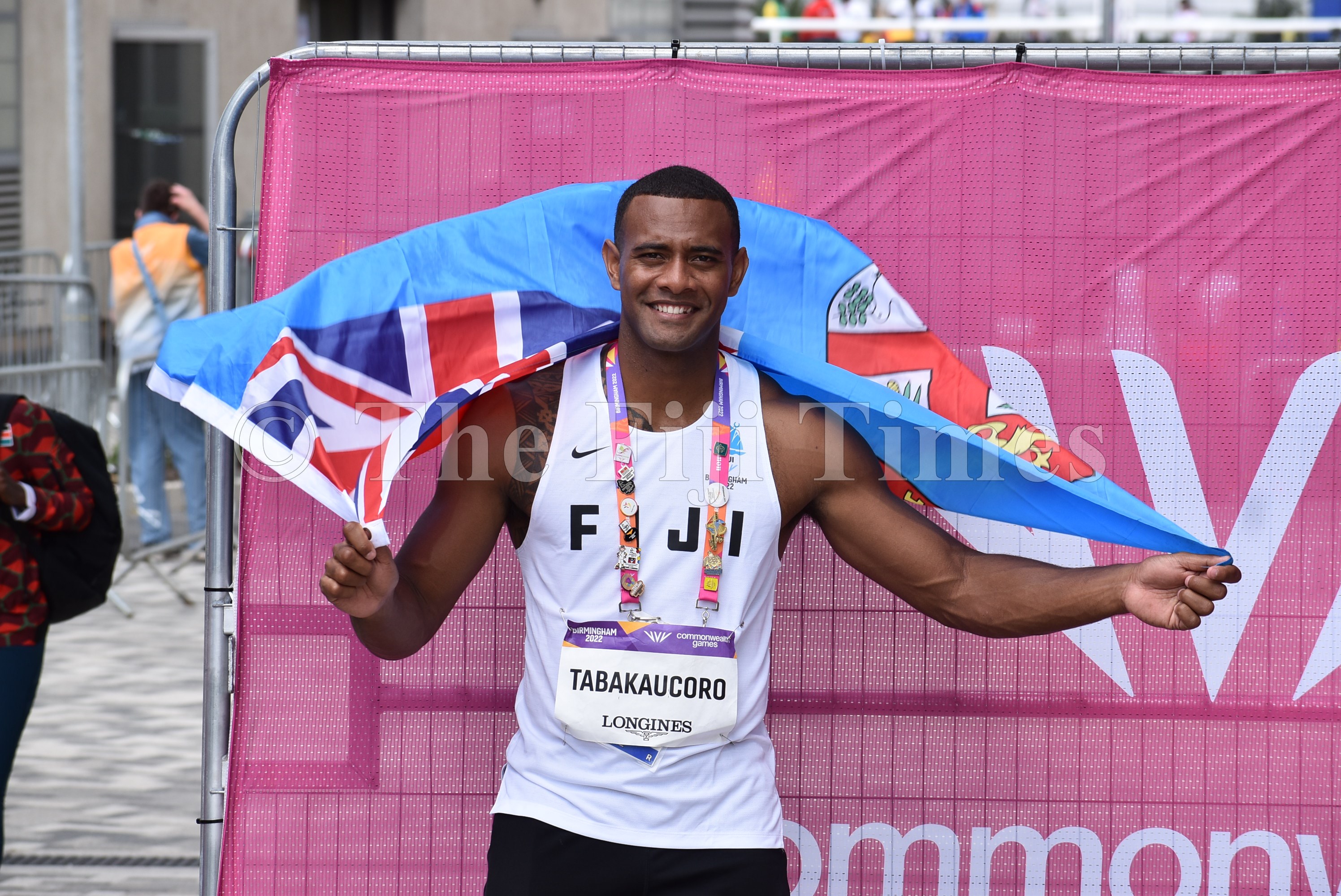 Banuve Tabakaucoro after his 100 meters event at the 2022 Commonwealth Games. Pictures: ROHIT DEO.

Team Fiji sits in 19th place on the Commonwealth Games medal tally after winning its third medal yesterday through weightlifter Taniela Rainibogi who won a bronze medal in the Men’s 96kg competition.

New Zealand is third with 13 gold, 7 silver and 6 bronze medals. In yesterday’s round of competitions, Team Fiji judoka Shanice Takayawa fell to England’s Katie-Jemima Yeats-Brown in a Ippon throw after 1 minute 48 seconds into their contest.

Judoka’s Gerard Takayawa and Tevita Takayawa will be in action today.

Fifteen-year-old Gerard faces Giannis Antoniou of Cyprus in the men’s +100kg elimination round of 16.

Tevita, 26, will compete in the men’s -100kg elimination round of 16 against Hansley Adonis of Mauritius.

Team Fiji swimmers were in the pool at Sandwell Aquatics Centre.

In the men’s 50 metres freestyle, Fiji’s Hansel McGaig, David Young and Epeli Rabua were all pitted in heat 5.

McGaig finished the race in first place in a time of 23.29 seconds.

The trio failed to qualify further.

Cheyenne Rova finished second in her heat of the women’s 50m backstroke.

She was placed 25th of the field of 38 swimmers.

The mixed 4x100m medley relay team did not participate in the event.

Fiji was to field a team in the men’s 4x100m medley relay which was held last night.

At the Alexander Stadium, Fiji’s Banuve Tabakaucoro finished fifth in his heat with a time of 10.64s.