Birmingham 2022: Sale’s chat with a prince 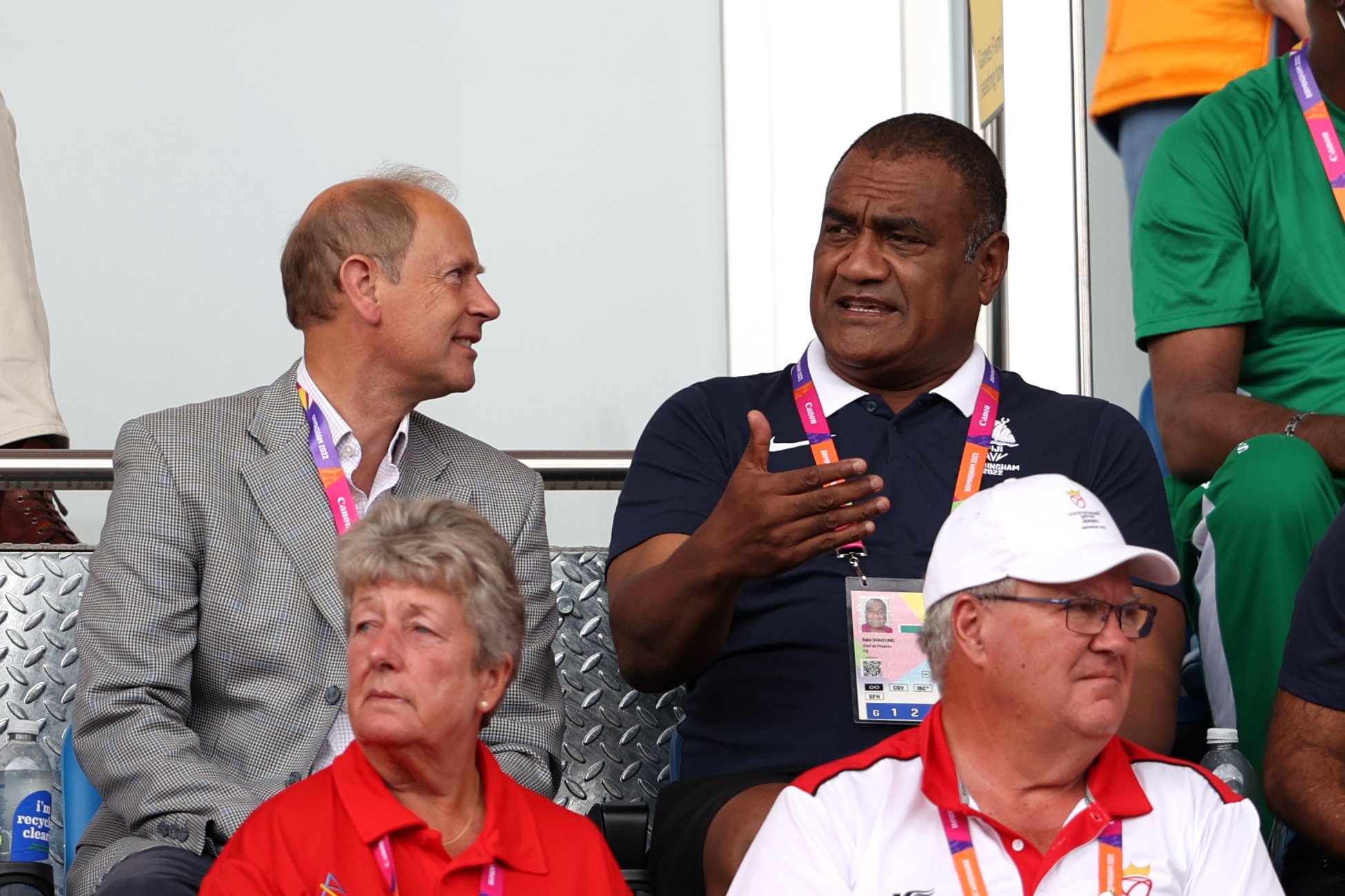 When Team Fiji chef de mission Sale Sorovaki left his Games Village room to watch athletics on an English Tuesday morning, he had no idea he was going to spend an hour chatting with a member of the British royal family.

Sorovaki reached the Alexander Stadium and looked for his general manager Ajay Ballu.

He then went past a few people sitting in the same row to get to his seat.

Later, he realised it was Prince Edward, Earl of Wessex he had actually come across who was sitting just beside him.

“It was an honour to have sat with him and chat with him for about an hour. It was purely incidental when we sat next to each other. It was good. Indeed an honour to meet and have a chat with one of the members of the British royal household,” Sorovaki said.

Sorovaki, who is also the Fiji Rugby Union operations manager, said he was so excited that when Prince Edward agreed for a selfie, he half-cropped himself as his focus was on the prince.

“I introduced myself and said ‘Bula vinaka, I am from Fiji’ and he said ‘Bula’.”

He added Prince Edward seemed to be a jovial person and cracked a few jokes during the conversation.

“He was also very funny. One of the 100 metres heats, one of the Nauruan sprinters name was called out and he said ‘Oh Nauru people can also run! I thought they could only do weightlifting’ so that got us all laughing as well.”

Sorovaki says he will remember the conversation with Prince Edward for a long time and he felt honoured to have met him.