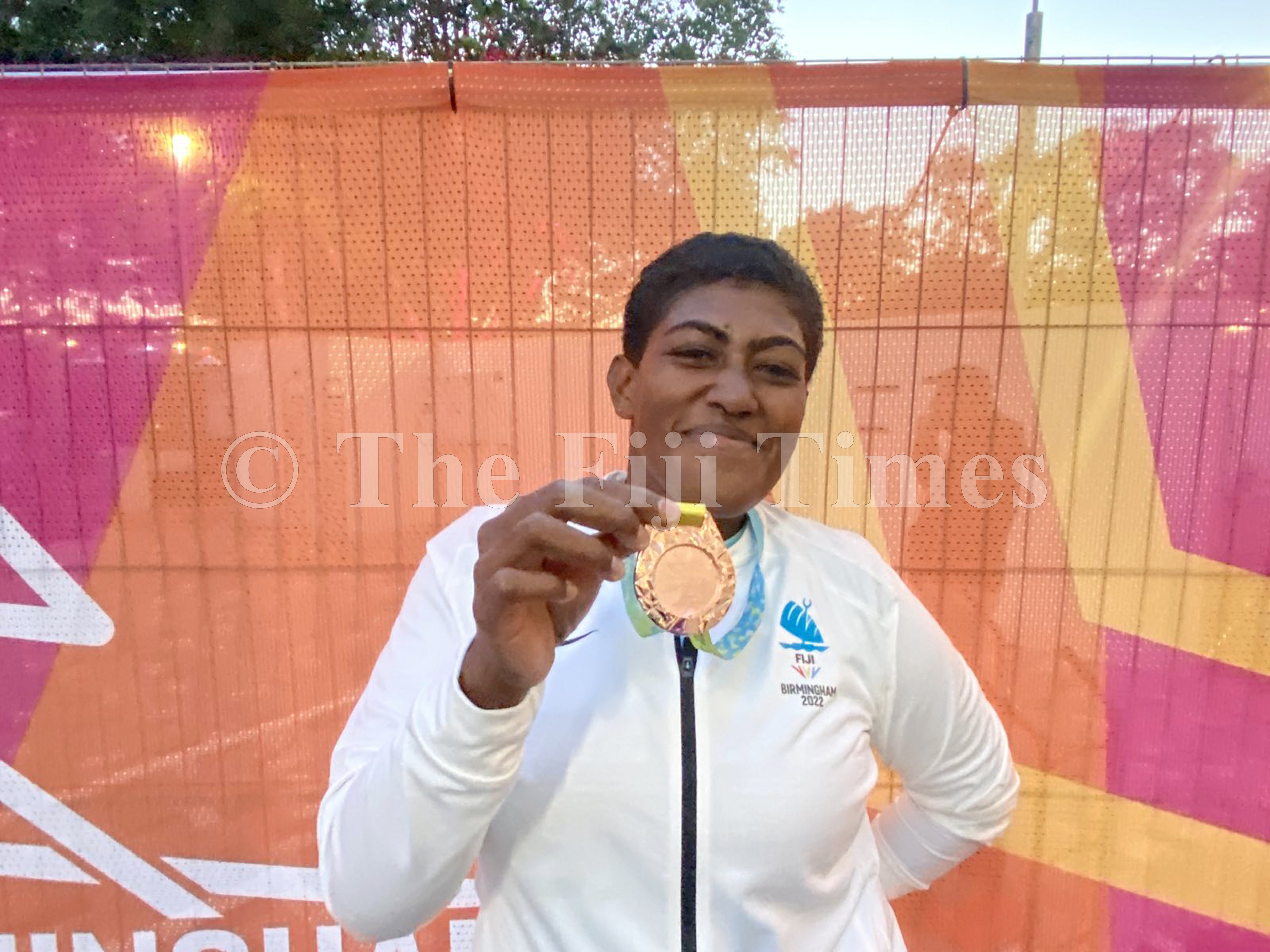 Interestingly, there were four other athletes apart from those who made the podium, who had better throws than Vatunisolo.

However, the Raza points score system meant the Fijian won a bronze medal.

The Raza points score system is a method in Paralympic athletics field competitions for comparing throws or jumps by athletes of differing levels of disability.

In events where athletes of multiple different classifications compete, performances are converted to point scores by a formula which accounts for the athletes’ classifications.

This means that a more disabled athlete may beat a less disabled competitor with a slightly shorter throw or jump.

Naibili made her Commonwealth Games debut at the meet this year and was over the moon with the win.

“I am super-duper excited. I want to thank my family and friends back at home for their support. Even to my coach for all the sacrifices we have made in the last few months of training, preparing myself for this Commonwealth Games,” she said.

She added the competition had been tough and she would need to work hard for her next outing on the world stage.

“The competition was really tough and now I will go back and concentrate on my training to prepare for the World Championship.”