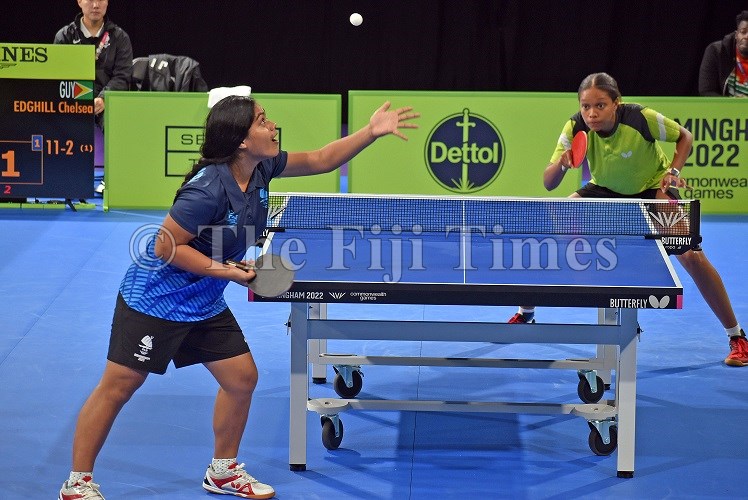 Fiji's Touea Titana (left) competes against Guyana in the women's singles of Table Tennis at the 2022 Commonwealth Games in England. Pictures: ROHIT DEO

It was a day of mixed results for Fijian athletes taking part in the table tennis competition at this year’s Commonwealth Games in England.

She was then hammered four sets to none in her second match against Guyana’s Chelsea Edghill.

Grace Yee made a winning start to her event, defeating Vanuatu’s Tracey Mawa 4-1.

She was, however, smashed by the scoreline in her second match by Scotland’s Lucy Elliot.

Corlyn Li recorded a 4-2 win over Nimal Jumanan of the Maldives.

Fijian chef de mission Sale Sorovaki said it was the first Commonwealth Games for many athletes and they were expected to improve with time.