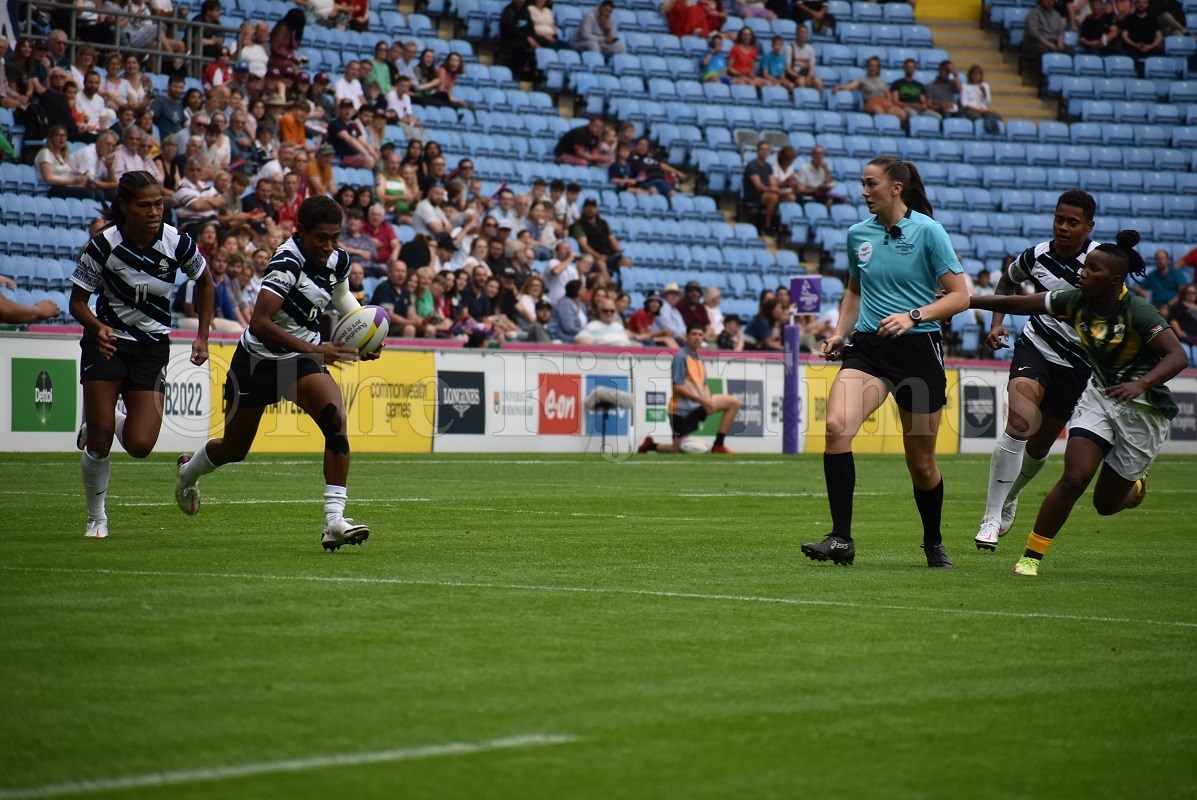 The Fijiana 7s side is through to the semi-finals of the gold medal competition at the 2022 Commonwealth Games.

The side beat Scotland 31-12 and South Africa 41-0. It was an impressive performance by the Saiasi Fuli-coached side to book a spot in the last four positions. Fuli said the aim for day one was to win the first two games and that was what the girls did.

“That was our objective for day one and that was to win two games. It’s good that the girls maintained the composure,” Fuli said.

He added it was good to see the girls bounce back strongly after conceding 12 points in the first round.

“We were a bit rusty in the first game, conceded 12 points but we bounced back strongly against South Africa and that is a good platform for the next game against Australia.”

Fuli added that now a place in the last four had been confirmed, the team could not rest on its laurels, but to continue with the composed momentum they had created.

“We have to create that positive momentum and stay composed and try to start well, manage the game well and finish strongly.”

He said the competition between teams was very tough and the team needed to stay focused.

“It is quite competitive. We need to stay focused and play smart rugby and create positive momentum in the game and convert every opportunity into points.” Reapi Ulunisau, Ana Maria Naimasi and Adi Vani Buleki scored first-half tries to see Fiji leading 19-nil at half-time.

The team added four more tries in the second spell through Sesenieli Donu(2), Ulunisau and Lavena Cavuru for an impressive win.