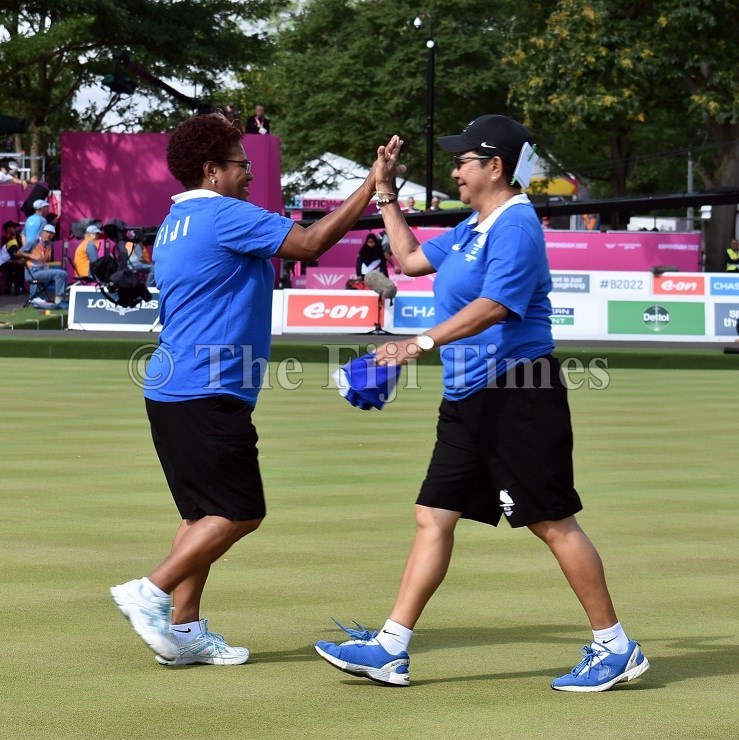 Fiji Lawn Bowlers in action in the first round of their respective matches at the 2022 Commonwealth Games in England. Pictures: ROHIT DEO

Naiseruvati was humbled 21-14 by a much younger opponent Muin Fairul from Malaysia.

He then lost his round three match 21-15 to Namibian opponent Olivier Carel.

The Fiji women’s pairs team of Litia Tikoisuva and Losalini Tukai also suffered a loss in their round two match to England.

The duo then bounced back to beat Northern Ireland 17-16 in a tightly contested match.

The Fiji men’s fours side were hammered 23-8 by England in their round two outing after which they lost to the Cook Islands by 15-10.

The women’s triples lost 16-13 to the Norfolk Islands.

Team manager Astral Smith said the results were not impressive but the players performed to the best of their abilities.

“The team performed their best in their respective disciplines and unfortunately it wasn’t in our favour today,” Smith said.

“We still have the quarters for the women’s triples tomorrow and need to regroup and focus on that.”