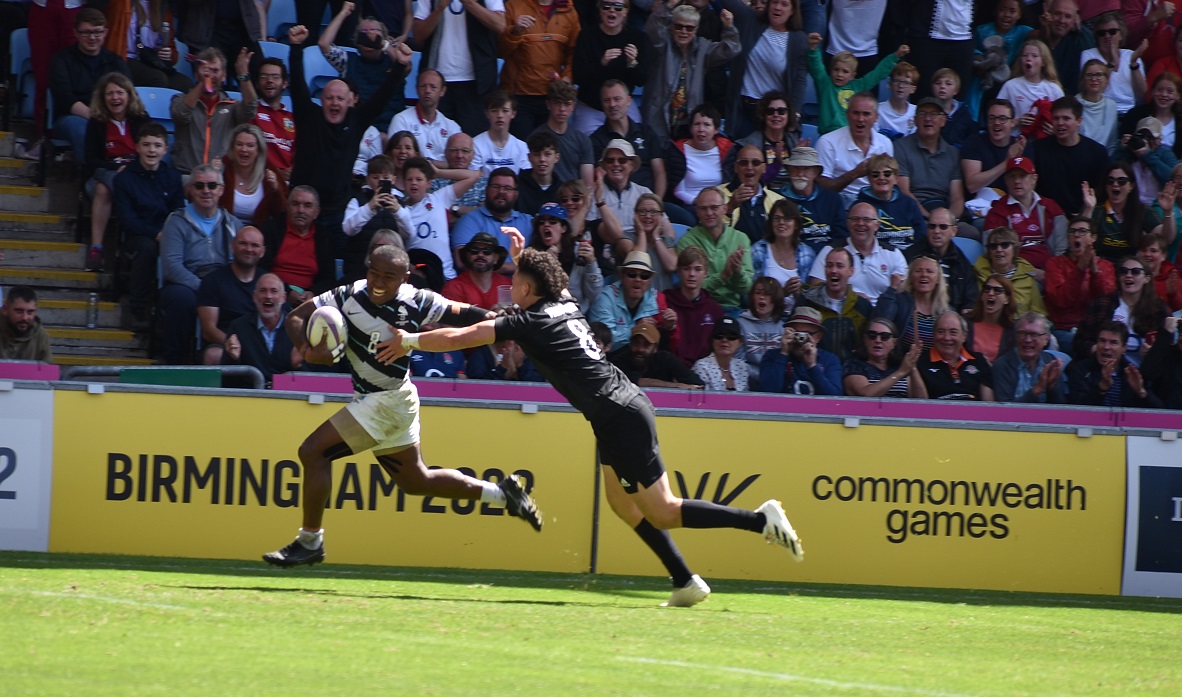 Stop me if you can!!! Fiji 7s captain Waisea Nacuqu on his way to score the winning try against New Zealand in extra time. Picture: ROHIT DEO.

The Fiji men’s side recorded its first ever win over New Zealand at the Commonwealth Games defeating them 19-14 in extra time in the semi-final of the Rugby 7s competition.

It was a match worthy of a final.

Filipe Sauturaga scored from an intercept in midfield to close the gap to 14-7 at halftime.

Fiji started the second half strongly and Sauturaga set up Sevuloni Mocenacagi to score Fiji’s second under the posts.

With scores locked 14-all, Fiji had the opportunity to win the match as New Zealand had two players sin binned.

Semi Kunatani reached close but was penalised for a double movement which saw the match head into extra time.

Fiji collected the ball off the kick off and it was captain Waisea Nacuqu who raced down 75 meters of the field to score the winning try.

Fiji will face South Africa in the gold medal final at 8.04am.