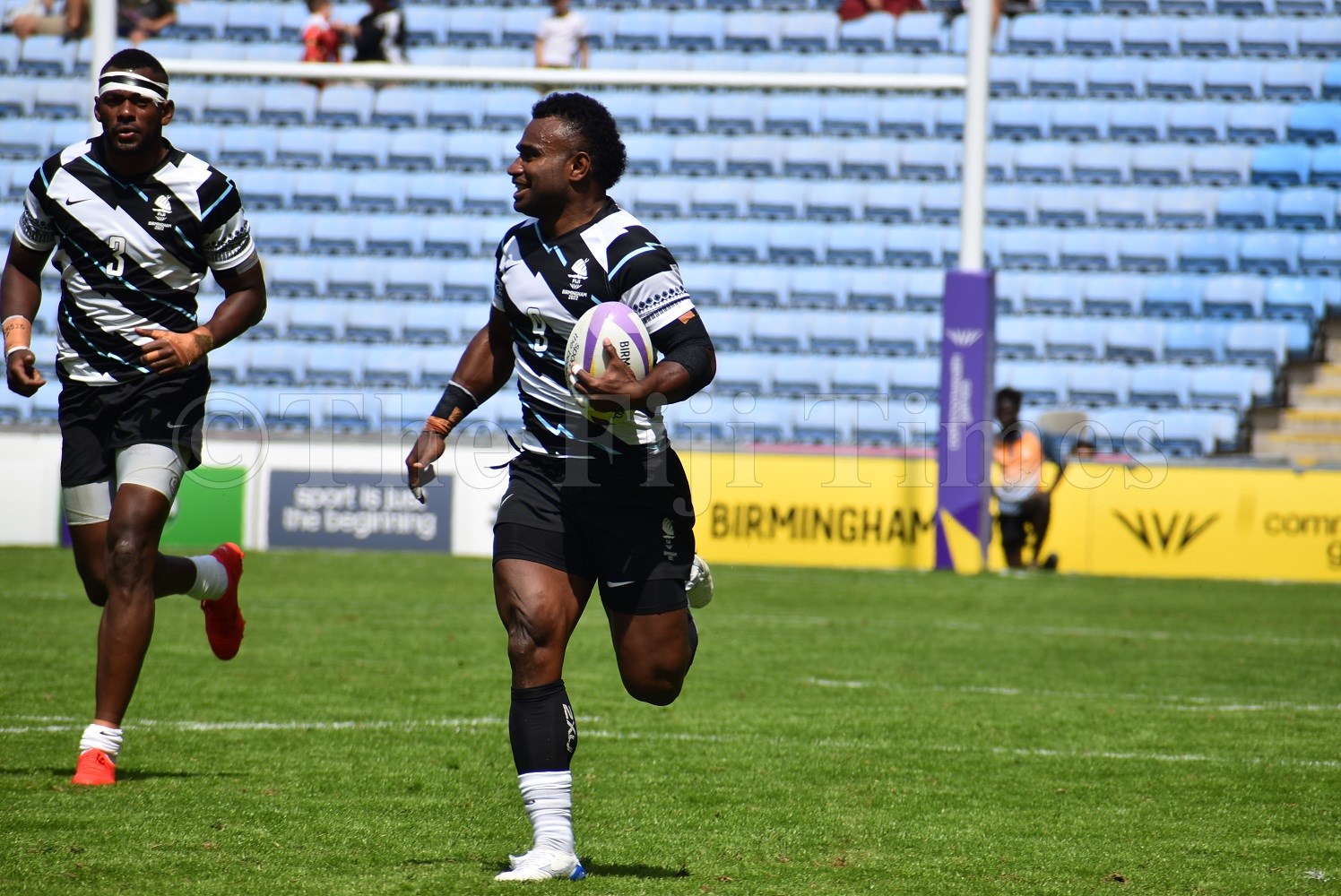 Jerry Tuwai running for a try during one of the pool games at the Commonwealth Games. Picture: ROHIT DEO.

It was a good day for the Fiji men’s and women’s rugby 7s teams on day one of the 2022 Commonwealth Games at England’s Coventry Stadium.

Both teams won their opening two matches, securing their spots in the next round. Fijiana had a 31-12 win over Scotland before thumping South Africa 41-0.

That confirmed a top two position in the pool, securing a spot in the semi-finals. The men’s side had a blistering start, hammering Zambia 52-nil, but they had to work hard to beat a spirited Canadian side 19-12 in the last match of day one.

They have booked a spot in the quarter-finals on day two. Men’s coach Ben Gollings said he is aware of the expectations of the Fijian fans and the aim is to win Fiji’s first gold medal in rugby 7s at the Commonwealth Games.

“We’re playing for the nation, which is exciting. It’s great. And, you know, our aim is to bring that gold to Fiji and hopefully we will be able to do that,” Gollings said.

Meanwhile, there was a good outing on day one by fans. The approximately 5000 people in the 33,000-capacity stadium ensured their voices were heard throughout the day.

A handful of Fijian fans were present in the crowd, scattered in the stadium. This is expected to grow as the tournament progresses into the business end.

The word around the ground is the Fiji men’s side are favourites to take out gold, while the Fijiana have been tipped to provide a strong challenge to New Zealand and Australia for top honours in the women’s category.