Bindu, a life lived through music 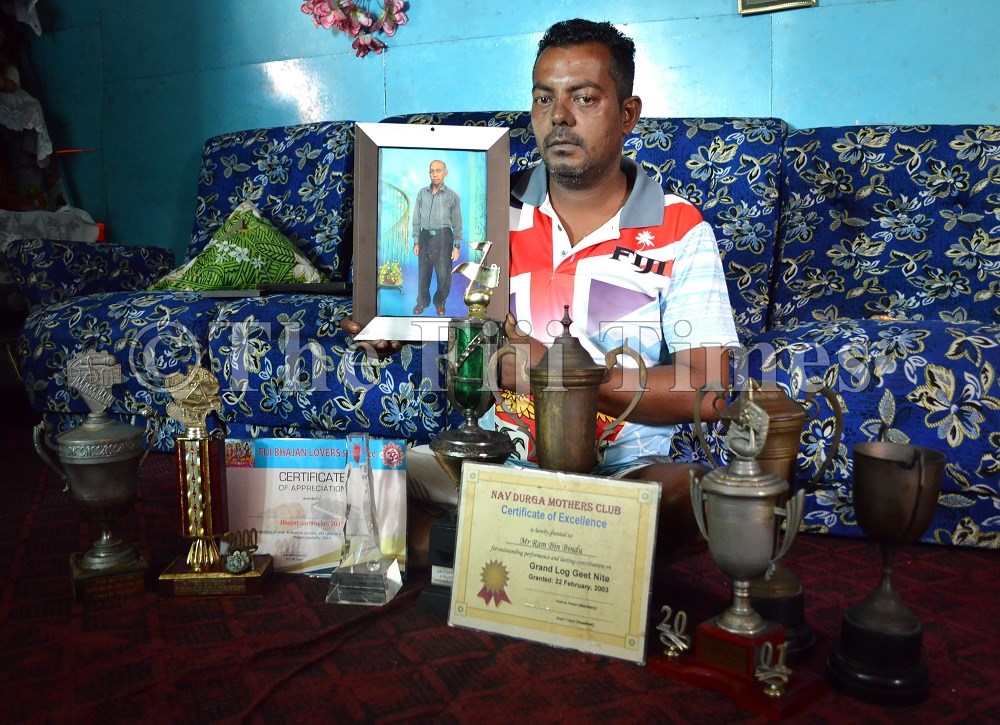 Whether or not you were a connoisseur of Hindi music, one listen to a Bindu track would have you nodding or bobbing your head along.

The sheer strength and passion in his voice was captivating. And although he is gone, he will never be forgotten because of the amazing collection of more than 40 albums Bindu recorded over the past four decades.

His eldest son, Arvind Bindu, 39, said Ram’s love for bhajan and lokgeet was unparalleled. He said his father had contributed significantly to the local music industry.

He released more than forty albums of bhajan and lokgeet which are not only popular in Fiji but are loved by the locals living overseas.

Mr Bindu described his father as “the man of the people”.

“His bhajan and lokgeet were so much liked that he hardly had time to stay home. Most of his time was spent singing at various events,” he said.

“He didn’t attend any class and no one taught him to sing. He was the composer and singer of his bhajan and lokgeet.”

Mr Bindu said though his father had gone, he was alive in the people’s heart.

“People love his bhajan and lokgeet. His music is played on the radios and events such as weddings and that’s how people will always remember him.

“Not only locals but his fans in New Zealand, Australia, Canada and America are saddened by my father’s demise.”

Mr Bindu said his father also encouraged the young talents and was very happy to see them singing.

“He always wanted the younger generation to safeguard their tradition and culture and our folk music was his priority.

“Not only boys and girls, the ladies are also inspired by his music. He has participated in many lokgeet programs organised by various mothers clubs and his aim was to inspire young girls and women to sing.”

Mr Bindu said his father’s contribution to the music industry would always be an encouragement for the upcoming talents. Procera Music Fiji director Mohammad Akif said Ram Bind Bindu was one of the pioneers in the Fiji music industry.

“He recorded 42 catalogues including bhajan and lokgeet. He was 68 years old when he passed away and all his life he dedicated himself as a musician.

“He sang with most of Fiji’s top bhajan singers and lokgeet artists locally and abroad.” Mr Akif said in 2012, the Procera Music Fiji awarded him with the Lifetime Achievement Award.

“In the year 2000, Mr Bindu did a show in Sydney with artist Michael Chand Mahabir and he stayed in Sydney for three months with Procera resident in Australia.

“He was not just an artist for Procera Music but was like a family member of Procera. “He was a happy-go-lucky man and we salute his life and pray that his soul rests in peace.

“He was the only artist in Fiji who sang lokgeet on band and his disco lokgeet was very popular when it was released.

“His aim was always to safeguard the Hindu folk music in the country. An artist like him will be forever missed.”